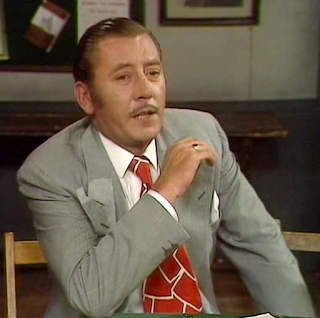 ‘Here comes the sleazeball.’ Announces assistant manage T, with distaste. We all look across the high street and, unprompted, three people chorus: ‘You got anything for me?’ in perfect sneering unison.

I learnt early in the industry to dislike property speculators. Estate agents have a bad reputation - some of them deservedly so - but I knew instinctively I wasn’t going to like the predatory, slightly underhand tactics of your local dealer.

‘How come we never sell him anything?’ Asks trainee F, gormlessly. You can pay for a expensive private education, but a polished turd is still a turd.

‘Because he always wants an angle.’ Explained negotiator S patiently. She’s too good for this business.
‘And he’ll want to buy at under market value, to make a fat profit.’ Adds T.
‘But he says he’ll give us the property back to sell,’ persist F. ‘Then we get two commissions.’
‘It’s called a secret profit and it’s illegal if the owner is unaware of the implications.’ I snap testily.
‘Bit like flogging crap policies to buyers and working harder for them than the vendor.’ Adds T, nodding towards fat finance-fiddler M’s office. He’s had a couple in there for over an hour, could be a lengthy fact-finder form, or they could be selling pies.

‘If you sell a speculator a property a normal punter could buy, not one that can’t be mortgaged or with structural difficulties,’ continues S coaching F with the patience of a saint. ‘By definition you are underselling it.’
‘Yeh, but you get it back to sell when he’s splashed some emulsion around and put new doors on the old kitchen carcass.’ Persists F.

That’s why less scrupulous agents sell - often off-market without giving genuine buyers the chance -  to their local pet speculator and if he’ll meet them in the pub later, with a fat brown envelope stuffed with fifty pound notes, so much the better. The only back-hander I’ve ever taken in this business, was from an angry buyer who’d been beaten to a house in a contract race. It stung but I didn't sue - its hard enough to get a lawyer to call you back as it is…

‘He’s coming in.’ Says T, as the man in question crosses the street and makes a beeline for our door.
‘Doesn’t take a hint does he.’ States T rhetorically.
‘Don’t offer him anything.’ I mutter through a ventriloquist's smile.

‘Morning guys.’ Announces the speculator as he bowls in to the office, all designer jeans and expensive dentistry. I detest him. And here it comes…..

‘Got anything for me?’
‘Not today.’ Says T, almost too quickly. But not quickly enough for me. I try not to catch the man’s eye, but these characters have hides like a rhinoceros. He moves to my place at the spare desk.

‘Come on,’ he cajoles. ‘You must have something with an earn in it. There’ll be cheeky drink in it for everyone.’

What the f**k is that? I want to demand. A bottle of Sunny Delight with a monkey face on the front? It’s insulting to think, this odious oik thinks I’ll take his money and betray a client. But then he’s clearly finding plenty who will.

‘Deceased estate, need a quick sale. Old lady wants in to a retirement flat and doesn’t know how much her gaff is worth, maybe?’ Persists the man with an over-bright grin. I’m going to be so tempted to key his Range Rover the next time I see it bumped up the kerb outside a cheap refurbishment, with a rival’s For Sale board outside.

I’m saved when the man’s top-of-the-range I-Phone rings and he starts talking loudly about a conditional contract and a holding deposit. He offers an exaggerated, call me, mime before leaving the office in a fug of cloying after shave.

No chance.
Posted by secret agent at 5:10 AM