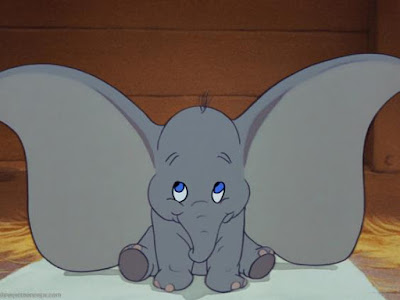 ‘I’m not too good with exams.’ States trainee F unnecessarily. I’ve seen his CV and for his family to spend that amount of money on a private education, with so little qualifications in return, merits the mother of all refunds.

‘It’s more of a test.’ Soothes negotiator S, in a comforting fashion - she has the necessary equipment.
‘You don’t even know you’re born.’ Contributes obese finance-fiddler M. ‘We have to sit multiple complex exams to sell insurance and finance.’
Only because you all mis-sold for years, I think sourly.

‘You should try being in lettings nowadays.’ Says B. ‘We have to act as immigration officials, gas safety engineers, money laundering snitches and wet nurses, all rolled in to one.’
It’s true, there is a lot of regulation - some of it conflicting - the modern property professional needs to keep abreast of.

You’d think estate agents would need to be qualified, yet fledgling internet agencies still keep appearing, conning people for up front fees and claiming to have local property experts on hand. If expert means some failed window cleaner from a town forty miles away, who has scraped through a multiple choice computerised learning programme, with the none to subtle prompting of the training company who need the pass rate to look good, then smashing.

‘Why do they keep making us do these ridiculous e-learning courses?’ Asks assistant manager T, grumpily.
‘Because it saves on employing real, touch-em, feel-em trainers.’ Suggests B. Its not the best image, as rumour has it she both touched and felt that married bloke in the training department, who left in a hurry last year.

B  does have a point though. I almost feel nostalgic about some of the trainers we had in the past. True, most of them only trained because they couldn't sell - and I still haven't forgotten that creepy little man who handed out cuddly toys to a circled bunch of bemused and grizzled negotiators, to “help form empathy within the group”. He shouldn't have been allowed within a mile of any infant school. But at least they were human.

‘Saves money too.’ Says T. ‘They only want to cover their own arses as cheaply as possible. If trading standards, tax and revenue, passport control, or the legionnaire’s disease police come after you, head office can claim we’ve been properly trained.’

I tend to agree with T. My bean counter boss spends his life avoiding responsibility, ensconced in his office with a spread sheet and a hard-on, by all accounts. Celebrities might want to expose their butt cheeks to all and sundry, with big Belfie shots published on-line, but head office staff like their rear-ends covered.

‘Who designs this rubbish?’ Asks T, warming to his task. He has the prelude to the latest e-learning trial, on his computer screen. A few example questions are laid out Janet and John style, with four options as answers, for each question.

‘Some over-priced consultancy who peddle the same tatty programme to all our competitors too.’ I offer, as a shaky hypothesis.
‘It’s a con, that’s what it is.’ Says T.
‘Talking of cons,’ Pipes up F. ‘Is there any way we can get a copy of the answers, beforehand, like last time?’
Almost certainly.

‘Don’t worry.’ Says S to F, as he moves towards hyper-ventilation. He probably hasn’t been this agitated since he was probed behind the bike sheds by his game’s master.
‘I’ve told you, exams don't agree with me.’ He replies shakily.
‘For God’s sake, there are only four options, and two of them are obviously wrong.’ Snaps M, grumpily. ‘And that’s before someone gets a hold of the crib sheet. You try learning what the difference is between APRs, AERs, compound and flat rate interest and how to explain it to a dullard.’

‘I sometimes wonder if I’ll ever get it.’ Says F, flatly.
‘That’s why you are the world’s longest-standing trainee.’ Chuckles T.
‘Just remember, you eat an elephant a bite at a time.’ Offers S, with a smile. F looks bemused.

He’d still be a local property expert with some firms though….

Very interesting blog but many expats are now worried for the brexit.
If you come to Spain your welcome to visit us in Albir Costa Blanca or http://www.albirproperty.com