Come On In - Thursday 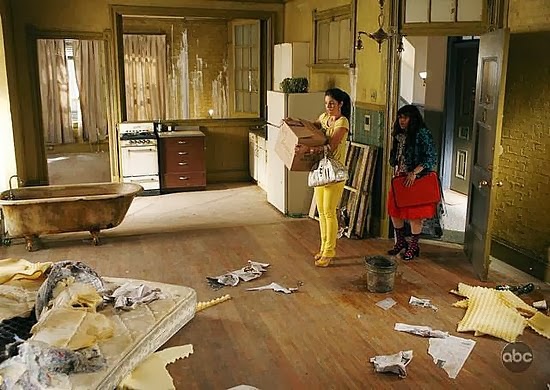 ‘Come on in, I won’t bite.’ I mutter under my breath as I sit at the front desk covering what in the public sector would be a lunch hour, but in sales is usually a snatched sandwich at our desk, or in the case of S my well-upholstered negotiator, in the kitchen standing up.

Her seat was warm when I sat in it, something I could have done without – you don’t want to be distracted when you are setting a forward-thinking, modern manager’s example.

‘Looks like they might come in.’ Says S from the back of the office, speech slightly hampered by whatever she has in her mouth – best not to imagine.
‘They’re wavering.’ I tell her, projecting my voice like a third-rate ventriloquist. I don’t want the punters to think I’m talking about them; the door is a big enough barrier.

‘Do you want me to relieve you?’ Asks S.
‘Not really.’ I eventually splutter after a head-spinning scenario involving adults’ only material, not suitable for family consumption.
‘I don’t mind.’ Continues S as the seat below me warms up even more. Fortunately the young couple and their child decide to cross the threshold. I’m up out of the seat like a greyhound from the traps, only without the mechanical stuffed rabbit obviously. That would just be ridiculous.

I know S is watching, as is B now from her lettings’ desk. Chances are the loved-up pair will want to rent not buy, but either way I need to step up to the plate.
I grab the door and usher the young family in. A little voice inside is telling me they won’t be able to afford anything we have in the window, and rather censoriously, that maybe they should have thought about some family planning precautions ahead of sorting out somewhere to live. I must be getting old.

‘How may I help you?’ I enquire, after giving them the time of day. It’s an open question, one I drill into the junior members of staff. Qualifying applicants is the first filtration we apply, you’ll spend every waking hour dealing with time-wasters otherwise. Moments later they are sat at S’s desk, with me back in the hot seat.

The baby in the pushchair looks at me with that fixed guileless stare only an infant can maintain. She doesn’t know I’m an estate agent yet, so she’s smiling more than her parents are. I can sense the antipathy mixed with caution the young couple are exuding. Their daughter might like me, but they aren’t so sure.

‘What do you think you can set aside for monthly housing expenses?’ I probe, thinking if they have a decent income and jobs that aren’t on a zero-hours contract, I might be able to wheel them into fat man M, our financial advisor, except he’s not in his office. There’s a man who does take his full lunch allowance, mid-morning, midday and mid-afternoon.

It turns out they have already been to the bank of mum and step-dad. A 10% deposit can unlock a few doors now lending has eased a little. The trouble is their spending power finishes far short of a two-bedroom unit their family situation probably demands.

Names, numbers and contact details harvested and a commitment to at least a phone call from M when he returns, I’m feeling quite smug, particularly as I can still feel S watching and judging me. B lost interest as soon as the couple were buyers not renters. She’s filing her nails again noisily, much to my irritation. I try for a solicitor referral but they draw the line at that.

‘We saw one in the window we might be able to afford.’ Says the woman, confirming another pre-conception, always sell to the decision maker - invariably the female.
I know the property she’s talking about, it’s the only one on display suitable for first-time buyers’ budgets.

‘A studio flat, what’s that?’ Asks the young woman. Her daughter is now eyeing me with suspicion too. Innocence doesn’t last long.

Welcome to my world.

How about a comment just so you know people are still reading this blog!

Thanks anon, Blog gets about 7,000 unique visits a month,not that many leave a comment - or download the ebook, or I wouldn't be flogging houses....
S.A.

I was just about to leave you a sarcy message, saying that you finally got some comments, but then saw it was someone else doing the same thing, and yourself.

I think it's because most of the normal people off house price crash have been banned, and those left are the serious nutters!

Glad I got back into the market before it went bananas again round here. Those dodgy letting agents were really starting get on my tits. We went balls out but I think interest rates will be low for long enough for me to at least half my debt by overpaying.

Still feel sorry for young people like that couple though. The younger people in my office will never be able to afford what my generation (mid 30s) we're able to by just squeaking into the 2000's boom. Now if you are young you just have, large student debt, no pension, house prices at 10x salary, possible 0 hour contracts and less than 2% on savings for that deposit on top of silly rents and poor letting agents ( oh and those crazy house inspections, wtf)....

I'm a regular reader and enjoy the blog. I would say each entry follows a very strict template but they're still funny and a good read. It would be nice to get some more insight into sellers and buyers and a few more anecdotes as you must have hundreds.