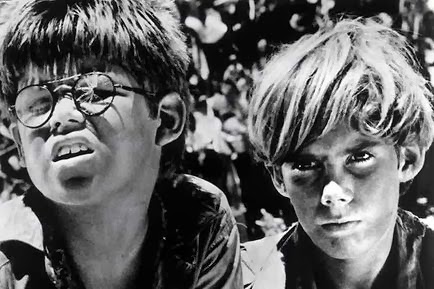 ‘You’re booked out later,’ says assistant manager T with a hint of an accusatory tone. ‘Anything particular?’

Granted I’ve become a little bit tetchy over the years when staff members attend their fourth, or fifth “Grandmother’s funeral” at short notice. Particularly when I try to make the dreaded dental appointments first thing, so as not to impact on the day as much as the tooth has done, but this one is genuine.

‘Optician’s appointment,’ I tell T gravely. ‘Only time they could do it before next month.’ That’s not strictly true. There seem to be almost as many opticians’ outlets as estate agents in this town, perhaps we should combine. Save money on rents and help the myopic see the property market more clearly.

T smiles knowingly, his designer frames glinting under the fluorescents, one of which has starting flickering again. I’ve left it for a while to see if anyone else notices, but it’s beginning to give me a migraine, unless it’s the eyesight problem. One thing’s for sure. If I clamber up there and prise the tube free it will turn out to be the starter motor that has failed, after ten sweaty minutes risking the wrath of the heath and safety dragons – the rest you can guess…

‘Who are you going to see?’ Asks T.
‘Everyone he’s been missing until now.’ Quips obese mortgage man M waddling past, thighs slapping in meaty applause at his enormous wit.
‘You might suit glasses.’ Suggests negotiator S, sweetly. I won’t. I had those huge 1980’s frames to pass my driving test, then consigned them to every car glove box I’ve had since. Squinting for house numbers and road names became my default mode, helping me to learn, off-by-heart my office area, all for the sake of misplaced vanity.

I tell T my chosen firm. He laughs.
‘What?’
‘Well they’re the cheapest, that’s all.’
And with the sort of sudden clarity I’ve not has since Spandau Ballet split up, I realise I’ve made the sort of schoolboy error I tell my punters not to make when choosing an estate agent. Value for money, yes, good service, of course, but if they’re cheap there’s usually a reason.

Trouble is, T rather suits his £250 frames. I know I’ll just look like the kid with the NHS frames and the eye patch everyone used to tease at school - no mater how much I pay. I’m hoping the optician won’t flush my head down the pan in the boys’ toilet block but it will be a psychological blow never the less.

‘And what do you do for a living?’ Quizzes the Asian origin optician invasively, as he leans in towards me in the half-dark and hits me with a waft of garlic. Will lying impact on my vision, like self-abuse is supposed to do? I wouldn’t like him to think I’m a wanker.

He places a medieval-style torture apparatus on my face even before I confess. I can almost feel the animosity, despite the gloomy lighting. He’s obviously tried to buy or rent, since he arrived.
‘Hmm.’ Says the man ominously, dropping a lens into the frame, spinning another on a stick back and forth and asking. ‘Better or worse?’
Momentarily I think he, like everyone else, is asking about the property market.
My, ‘not much clarity’, answer caused brief confusion until he asked me to recite random letters of the alphabet – or more accurately, guess.

‘Are you having trouble with the small print?’ Asks my inquisitor. He’s obviously seen our sole agency contracts up close. I confess my arms need to be a bit longer at times and more lenses appear, along with a card to hold and read.

‘I’m recommending vari-focals.’ Says the optician when the lights are back on. ‘You’ve not been getting the full picture for a while now.’ He’s, certainly got the bottom line right.

‘These might make you look rather distinguished.’ Suggests the assistant, handing me a pair of Grandfather’s frames I wouldn’t want to be buried in. The optician was too important to do the selling and this woman has effectively said I look a bit thick. Fail.