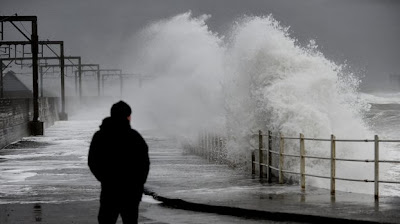 ‘You’ve been around for, like, ever haven’t you?’ States trainee F rhetorically.
It’s not the best opening gambit I’ve heard, but as it’s pissing with rain and I don’t fancy a leaflet drop, I decide to humour him.
‘And?’ I reply, thinking fleetingly he might want to quiz me on interest rate prospects, the way the housing market is going to run this year, or even the best bet for the 3.30pm horse race at Doncaster.
‘Well, how long is this weather going to last?’

F never fails to disappoint. A plethora of pithy replies run through my head, most with the sort of expletives attached we’re no longer supposed to use in a mixed sex, mixed race, mixed-up work environment. In the end S, my big-hearted negotiator, comes to the rescue.
‘How is he supposed to know?’ She tells F primly. ‘Anyway he’s not that old.’
You’ve got to love her. Only it’s best to do so solo, if you know what I mean…..

‘I didn’t mean that.’ Blusters F. ‘I just thought you might know if it’s going to continue. And whether it’s that global warming business.’
‘The jury is still out on that one.’ I tell F to his obvious confusion. Before he asks about a court case I’m not even aware of – unless the summons is in the post – I tell him nobody can say for certain if the storms, rain, floods and winds are a recognisable pattern, a biblical punishment, or just a plague on those with houses built near water.

‘Yeh, you wouldn’t want to be living in Riverside Walk or The Meadows development.’ Speculates assistant manager T joining the discussion as the skies darken again and a deep bass roll of thunder shakes the ceiling lights, unless fat finance man M is in the gents’ toilets again.
‘And guess what will happen if they get planning permission to sling up those units at the end of Lakeview Drive.’ Says B from her lettings desk. ‘I wouldn’t want to put tenants in there when some naïve buy-to-let virgin gets one because their pension is screwed.’
‘Complete washout.’ Suggests T with a chuckle.

The point is a moot one. Nobody disputes we need more housing and if the majority of my staff, and my two sons, want to own their own home it needs to be built where there are jobs and at an affordable cost. And I’d be happy to have more housing stock to flog on my patch, even though inevitably several new estate agent operations would blossom like mushrooms overnight, most of them probably toxic. The problem is, nearly every conurbation in this overcrowded island evolved around a port or a river and the land the NIMBY (not in my back yard) objectors don’t want built on, is often low-lying and hasn’t been used because nature set it aside as flood plain.

‘Some of those house with the sandbags against the doors will be uninsurable next time the premiums are due.’ States M gruffly. He’s appeared from nowhere to join the conversation and now I’m wondering if the earlier acoustics were actually his.
‘I wouldn’t buy near a river now.’ Says T emphatically. He wouldn’t be able to buy at all, not with his credit rating and a salary predicated mostly on commission. The self-certificated, liars’ loan, are hard to get nowadays – unless you know the right people and can falsify letterheads…

‘I’m sorry to hear that madam.’ Says S, as she takes a phone call and a mouthful of abuse. ‘But it’s really not my fault.’
I’m listening intently now, despite the door rattling in the wind.
‘No we can’t be held responsible for that.’ Continues S gamely, as outside I’m distracted by another umbrella inverting on a struggling pedestrian.
‘Double figures today.’ Chuckles T, nodding towards the distressed woman trying to re-assemble the brolly without poking her own eye out.
I turn my attention back to S, warning bells chiming.

The manager’s name?’ Repeats S, as I resist the temptation to do that throat–cutting motion.
‘Sorry;’ whispers S, hand over the mouthpiece. ‘One of our for sale boards has blown into her car and she insists it’s our responsibility.’

Of course it is.