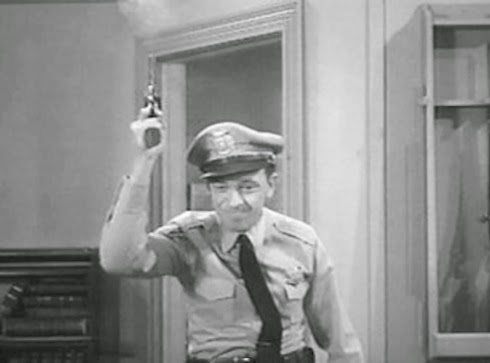 ‘I want to lose some weight, obviously.’ States negotiator S. It’s not that obvious to me, she has the sort of curves race track designers and anorexic models yearn to acquire and I’m fairly confident there’s no silicon involved.

‘Load of twaddle.’ States bloated mortgage man M as he sways towards the kitchen with that rolling gait only truly morbidly obese people can display, short of a bumpy cross-channel ferry ride.

‘You won’t be cutting back then?’ I ask, trying to mask any irony.
‘You seen my targets?’ Replies M from round the door, echoing sound of the biscuit tin popping. ‘I’ve got no time for faddy diets. I need all the energy I can get if I’m going to flog that much unwanted insurance.’ From the mouths’ of….

We’re doing the New Year’s resolution thing, while the office door rattles in its frame and biblical levels of rain scour the pavements of congealed vomit and solidified chewing gum.

‘I’m going to try and pay off some of my credit card bills.’ Says assistant manager T with less than convincing authority. The man runs a bigger percentage deficit than most European countries – apart from the French obviously.
‘Really?’ I probe, hoping if he comes to terms with reality on the APR he’s suffering, he might take some ownership of the office objectives I’m labouring under. There’s more chance of M making the second WeightWatchers’ meeting - the one after the weigh in.

Everyone turns towards B, our loose lettings lady whom I’m fairly sure she hasn’t sobered up since New Year’s Day. I’m not expecting much perspective viewed through the bottom of a gin and tonic glass.

‘I’m going to attempt the impossible.’ Announces B rather sadly. You can almost hear several estate agents’ minds spinning rapidly, bit like an ailing hard drive on an elderly PC if I had to articulate it audibly.

‘So what is that exactly?’ S finally ventures.
‘Find a good man who isn’t gay or married.’ Replies B, to an unwelcome nod of recognition from S.

She has a point. I see a lot of low-life’s representing the male of the species, on weekly matrimonial valuations and regular fractious family disputes over the deceased’s home and chattels. Plus, B has screwed her way through most of the penis-toting Marriage Guidance members’ list, and rumour has it has woken, fuzzy-headed, with more than one camp man who agreed to try and be turned after several Campari’s and the promise of trying on B’s high heel collection….

‘Good luck with that.’ I tell B, thinking M has more chance of ditching the doughnuts and becoming slimmer of the year, than B stopping serial swigging and shagging
‘What about you?’ I ask F, our intellectually challenged trainee. F looks at me with those little boy lost eyes. They don’t work. I’ve tried dumping him on a leaflet drop at the far end of the office patch, but he still finds his bedraggled way back to the office. I guess that’s care in the community for you.

‘I want to get my own flat and maybe even….’ F tails off.
‘What?’ Ask three voices at once.
‘No, you’ll only laugh.’
‘They won’t.’ I tell him encouragingly.
‘Well maybe get on the company car list?’

Okay. I was wrong about the hysterical giggling.

‘And what about you, boss?’ Asks T, after the exaggerated rib clutching has subsided and the ladies have worked their way through several tissues. F is looking forlorn, but it’s a tough business. Although curiously, he’s the only staff member whose aspirations have revolved round their working life. If F hits his targets and his colleagues do too, an ageing sign-written Mini might not be out of the question.

I realise all eyes are on me now, as I ponder the question. Yes, we’ve done the weight loss and reduction of alcohol intake thing at home, and I realised long ago, after too many house repossessions, that living on credit you can’t afford is a short cut to a lengthy local authority housing list, or a crummy bed and breakfast.

I yearn to say, quit the property business and become a successful writer. I actually say: