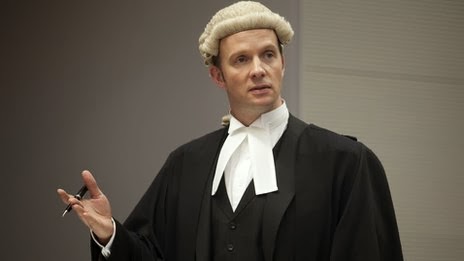 ‘Guess who I just saw moving out? Asks assistant manager T as he hurries back into the office, face like thunder. The choices are wider than I’d like, with upwards of twenty other estate agents working my area. T needs to narrow it down a bit.

‘Give us a clue.’ I tell T, conscious that everyone else in the office is listening. Sales people get paid predominantly on commission and want to know who is taking: food from your mouth, rental payments from your landlord, credit card fees from your lender...

‘You hated them.’ Says T earnestly.
‘You’ll need to narrow it down for him love.’ Suggests B from her lettings enclave. She can be cutting, but it’s normally third party damage rather than self-harm – although the excessive drinking and serial shagging is pretty destructive.

‘Have a look in there.’ Instructs T, grabbing the viewing book, flicking back through the pages then plonking it on the desk in front of me. I glance down at the smudged entries, unable to stop myself from getting angry over the largely empty column where the vendor feedback should have been noted. I recognise one wobbly entry though.

‘Not number thirty-three?’ I ask, hackles rising as I read my note stating the viewers I took round on the soggy Saturday in question, were having a second viewing direct with the owners on the Sunday.
‘The very same.’ Answers T smugly. ‘And the removal van is outside now, bold as you like.’ I scowl and feel the frown lines deepen further. Any longer in this business and I’ll need decorator’s filler rather than that scent-free “man cream” my wife bought me and I refuse to wear.

‘But they took it off the market and said they weren’t selling any longer.’ Says negotiator S naively. She’s still got a lot to learn, some of it I can help with but the more tactile lessons are off-limits.
‘Not selling with us you mean.’ Counters T sarcastically.

I knew something didn’t smell right - and not just the daughter’s hamster cage. The viewers had been almost evangelical in their praise for the house when I showed them round, suit dampened, hair dripping. All the buying signals were there, plus a second viewing direct with the owners on the Sunday. Then, after the weekend, the viewers told me rather curtly they’d found something else and asked to be taken off the mailing list.

‘We need to find out who has bought that house.’ I say sternly.
‘Pretty sure no other agent had it on their books.’ States T. With property portals easy to access, agents no longer have to fraudulently register as buyers on the opposition mailing lists, we just point and click to see who has what.

‘Maybe they’ve rented it out.’ Suggests B with a disinterested shrug.
‘Were any competitors offering it?’ Asks S, just ahead of me.
‘How should I know?’ Snaps B. The opposition awareness has passed B by, unlike the gin bottle and at least one rumoured STD.

‘Finally stopped raining.’ I say cheerily as I wonder up the drive of number thirty-one, leaflet in hand. The owner is fortuitously in the garden raking, or spiking, or hoeing the lawn. I never did have very green fingers - apart from that time I tugged another agent’s long-standing for sale board out of the ground, after dark.

‘Oh they’ve moved. Sold it to a lovely couple.’ Says the horticulturist to my seemingly innocent enquiry about next door.
‘Yes, that’s right,’ Answers the man to my next question. ‘A black BMW on a new plate. Do you know them?’
In passing.

‘So the vendors have cheated us out of the commission.’ Says S incredulously, back at the office.
‘It happens.’ I tell her, adding. ‘Only with open Land Registry access it’s easier to catch them than it used to be.’
‘You’ve had it before?’ Questions S. ‘What do you do?’
‘Try the reasonable approach and ask for the money, then get my Magistrates’ suit out.’

‘Well?’ Asks T after my brief phone call, everyone watching.
‘Said they can’t pay, as they sold cheaply with no agent’s fee to settle.’
‘Bastard.’ Says T angrily. ‘What did you say?’

Even though a significant number of agents lie and cheat themselves, if an agent found me a genuine buyer then I would never dream of shafting them over their fee.

Out of interest have you ever taken anyone to court over this and did you win? How do you prove you showed the buyer round?

Been to court several times to catch fee cheats, won all of them. As in many disputes a good audit trail is the key - I rest my case...
S.A.

I prefer the new blog background, less abrasive than the previous one. Keep it up!

How kind, if I were more tech savvy - or a geek myself - I'd change the Blog format more often.