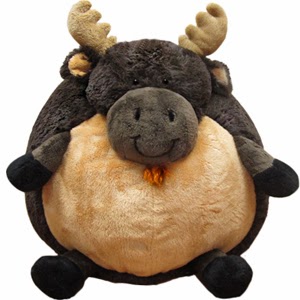 ‘Are we doing Valentine’s cards this year?’ I ask my wife in passing, the muesli has just moved and I’d rather not do my ablutions in the office.
‘What sort of question is that?’ Comes the terse reply.
I should know better. I tell my staff daily the phrasing of an enquiry is almost as important as the question itself, but I’ve allowed my lower intestine to override the grey matter.

‘Do you want to do them?’ I ask hurriedly, the en-suite door beckoning me as alluringly as that Victoria’s Secret catalogue fat mortgage man M has left on the windowsill in the gents’ at work. I’m beginning to regret my choice of words - and my water closet venue. The thought of fifteen minutes peace with just my thoughts, some of that soft and smooth tissue I’ve hidden in my desk drawer and a soft and smooth underwear model, is looking more enticing than an argument about overpriced soppy cards.

‘What sort of question is that?’ Carps my wife, disappointment written all over her face. It’s a look I’ve seen before and one I see on buyers and sellers faces alike, most weeks. I’m not doing well today and I’ve not even left the house.

‘If you have to ask if we’re doing cards and then compound it by saying, “do I want to do them?”, you’ve rather missed the point.’ Says my wife sourly. The point of something will definitely be emerging if I don’t make the Armitage Shanks soon. Sanctuary isn’t just for those being persecuted by fanatics, it works for harassed husbands too, as long as there’s a lock on the bathroom door.

I’m feeling relieved on more than one level by the time I’m stuck in traffic on the way to the office. I don’t need full-blown arguments before I get to work, particularly over an exploitative marketing man’s wet dream. The fact is I’ve never really got over the schoolyard trauma of Valentine’s Day. The humiliation of not receiving any cards while the good looking lad who plays for the first eleven football team bags more than the total number of girls in your class, was only surpassed by the year the whole maths lower set recognised my handwriting on the card I sent myself. Awkward.

I can feel my cheeks colouring just thinking about all the Valentine’s Days past, as I crane my neck and try to see if that bloody JCB driver is up ahead causing the tailback, again. It hasn’t been much better in the many years since leaving school, the sciatic-suffering postman repeatedly had no call for concern over his bag weights when he approached my letterbox every February 14th. And as my early morning altercation proved, a card from your partner, one headed: To my lovely wife/husband, doesn’t leave much room for mystery.

The traffic finally clears, the holdup as bafflingly obtuse as the need to reinforce affection with a supposedly anonymous declaration of love from a stranger - signed by your spouse.

Morning meeting over, not my most rousing oration judging by the yawns-per-targets-missed ratio, I sit back and consider the grease-flecked cooling mug of tea in front of me. Then trainee F raises his hand tentatively. I’ve told him he doesn’t need to do that, but years of conditioning in a minor boarding school have stuck with him, a shame any useful knowledge hasn’t been that adhesive. I just hope he doesn’t expect me to sexually abuse him round the back of the bike sheds….

‘What is it?’ I ask, as everyone looks on.
‘Shall we have a sweepstake as to who gets the most Valentine’s Cards tomorrow.’ replies F, eyes aglow.
My verbal arrow to the heart hit the target. The rebuttal may have been a bit harsh, but negotiator S would win hands down anyway.

I did receive one mystery card a few years ago. Sadly, the long-awaited flush of pride soon evaporated when I realised it was from a pug-ugly woman I’d sold a flat to. Face like a moose and arse to match - although if she’s lost weight and had the antlers shorn….

The ebook is cheaper than a card - just saying.....