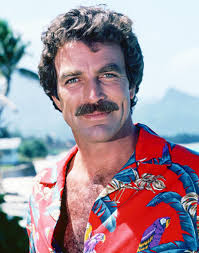 ‘That’s not good.’ I announce to the office, as I study my Estates Gazette, the publication aimed at property professionals more than common estate agents.  I still read it though, as the company pay the subscription, set up and forgotten after a long-gone chartered surveyor, was once based here.

Nobody says anything, so I cough conspicuously.
‘What is it then?’ Asks assistant manager T languidly. I’m guessing I’ve interrupted his social media monitoring rather than a diligent attempt to progress one of his long-standing sales.
‘Surveyor getting sued for a dodgy valuation.’ I tell the assembled office. B our loose lettings lush, looks up briefly then starts filing her nails again. It’s marginally better than running them down a blackboard, but only just.

‘Is that bad?’ Asks trainee F. ‘I thought you hated all surveyors.’
‘Not hate.’ I counter.
‘Dislike then.’ Offers T.
‘Distrust?’ Contributes negotiator S with one of her beguiling smiles.
‘They are sale wreckers.’ Spits obese finance fiddler M, as he waddles past.

It’s more complex than that. Surveyors have a tough time of it too. When I first entered the industry, pre-internet and coloured photos on sales particulars, a surveyor was a much respected professional. Most partnerships required you to be qualified to enter the firm, and legions of minor public school under-performers would become  Chartered Surveyors as they were too dim for medicine or law. Before long they were taking extend lunch hours, learning golf and doing surveys nobody took any notice off.

Those who qualified too late to enjoy the instant millionaire sell-offs of small partnerships to banks, building societies and insurance companies, began to work for their money. When valuations were wrong in a rising market nobody cared or noticed, but when values fell, lenders cut up rough to find the tertiary development they’d lent millions on to a dodgy developer, was worth less than half the loan, once the borrower hand gone bust. That’s when the lawyers, who use to bully the surveyors at school, really started to bugger them…

‘Are they sale wreckers?’ Asks F, still doggedly trying to learn despite the fact I’ve covered this ground before. There must be retarded goldfish with better retention skills than him.
‘They just cover their arses most of the time.’ I answer. ‘If they knock the agreed sale price by 10% some of them seem to think it will stop them getting sued retrospectively if the market goes belly-up.’
‘Like I said, sale wreckers.’ Concludes M smugly.

‘Give us the gist.’ Says T, waving at the periodical in front of me.
I relay the familiar tale. Big loan from unheard of city lender on an ambitious build project where the developer has pinned his business plan on ever rising values, not built-in value. As often the case, the figures don’t add up, builder wants more money and someone looks again at the original valuation and finds the cupboard is bare. End result, lawyers laughing, surveyor crapping himself in court.

‘So they’ll be even more scared of their shadows when they value any of our sales.’ Predicts T with a sneer.
‘And we’ll have buyers unable to complete, or trying to re-negotiate the price.’ Adds S, with a frown.
‘And big PI problems.’ I add.
I see F frowning at me again. Granted I hate it when people use unknown industry acronyms, but I have told him before.

‘I’m not referring to Magnum, when I say PI.’ I tell F wearily.
The whole office looks at me blankly. M has disappeared so sadly nobody else is likely to remember Tom Selleck’s finest hour - or moustache.
‘You don’t mean the ice cream do you?’ Ventures F hesitantly.
God I feel old some days.

Professional Indemnity Insurance (PI) explained to an increasingly disinterested audience, I look to move on. Then I see Bomber, our own local sales destroyer, striding across the road towards the office door.

‘Tell me that dickhead isn’t valuing one of our deals.’ I plead, as everyone else spots the harbinger of doom.
‘Oops, I forgot to tell you.’ Admits F, face reddening.

You don’t need to be a detective to guess what happens next.