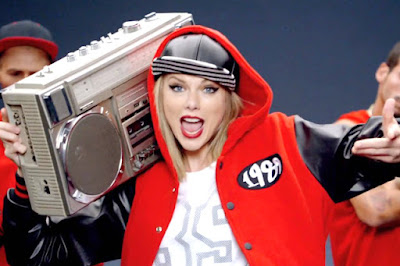 I'm looking at the bedside clock again and it doesn’t seem to have moved from the last five times I’ve rolled over, hoping it might be morning.

I’m contemplating a trip to the bathroom just to break the pattern of tossing and turning and to let the covers cool, but I’m conscious of not waking my wife. Although her steady breathing is starting to become mildly irritating after I’ve huffed and puffed, searching for the comfort of dreamless sleep, for the last two hours.

They say moving house is the third most stressful life event, after death and divorce. I’m beginning to wonder if living those three crisis points, albeit vicariously through third parties’ fractious house sales, is taking its collective toll? I can’t remember the last time I had a blissful, undisturbed night’s sleep.

As my stomach churns and my sciatic nerve throbs, I try to chase some unhealthy anger against a solicitor who is holding up a protracted chain I’ve been fretting over for six weeks, from my mind. I’m betting the virtual call-centre, on-line agents, with their cheap fees and even cheaper service don’t suffer so many disturbed nights.

And now the bladder alarm has gone off, a good three hours before the actual bedside clock is due to pipe inane local radio into my head, doubtless about ten minutes after I finally fall into an exhausted sleep.

‘What time is it?’ Mumbles my wife, as I hobble towards the en-suite, obviously not as mouse-like as intended.
‘Go back to sleep.’ I urge her. No point in two of us being grumpy for the rest of the day. Some rest-deprived area of my mind imagines the solicitor’s grinning features at the bottom of the darkened toilet bowl, as I try to urinate quietly. I don’t actually know the dilatory fool; he’s faceless and not exactly taking the piss - although with the speed he dispatches half-formed sales’ contracts, he actually is….

After a bit of fuzzy-headed confusion and a hint of some collateral splash damage on the floor, I push what I think is the short-flush button. The bowl empties like the Hoover Dam’s sluice gates opening. Not the economy, water-saving bowl evacuation then. That won’t please my wife, or the environmentalists who foisted the hapless Energy Performance Certificates on everyone who wants to sell their home.

Half way back to bed, hands still dripping as I couldn’t find a towel without putting on the light and sending the extractor fan in to full Rolls Royce jet engines spooling up to maximum thrust mode, I halt. Perhaps I won’t be able to shake the problem sale from my head by just clambering back under the over-heated duvet? Particularly as another difficult deal has crept into my consciousness. I decide to do what Englishmen the world over have done for decades, when a problem won’t go away. Make a cup of tea.

Brew cooling alongside me, I tap at my computer keyboard as dawn rises apologetically in the east. Soft light creeping through the curtains as a pre-cursor to what might be another dark day. Not for the first time I curse that inept careers advisor at school. That and my casual approach to studying anything other than the unobtainable girl who sat in front of me in class. I wonder where she is now. I sometimes ponder if I’ll get her matrimonial home to sell, in the inevitable divorce.

As the room brightens further and I send an inane tweet to anyone who is stupid enough to be awake and wanting UK property news, I start to feel sleepy. Thank you God.

Slipping quietly back into, the now soothingly cool covers I close my eyes.
‘Could you make any more noise?’ Asks a cranky voice, hardly brimming with human kindness. Not that quietly then.
‘Go back to sleep.’ I urge her, again. And annoyingly she does, Steady breathing returning in seconds. That’s night-time feeding two children in their infancy for you.

Just as I pass a hopeful note to the girl in the desk ahead of me, a nasally intrusive voice announces:
‘It’s Wednesday morning and here’s Taylor Swift.’