Hot In The City - Tuesday 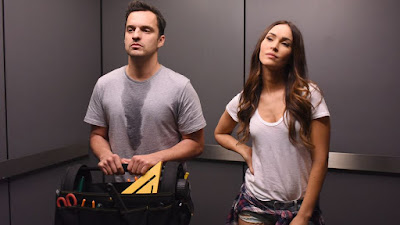 ‘Thank God you are here.’ Cries trainee F as I stumble into the office, sweat pouring down my back. It’s one of a handful of days in Britain where the jet stream has finally lodged somewhere north of Aberdeen and sunshine has appeared.

I’ve just walked through the park where a motley collection of students, winos and civil servants on flexi-time, are lounging around consuming, drugs, cheap cider and ice creams. It hasn’t improved my mood, after an abortive valuation with a couple who seemed to think their ex-local authority semi, bought at a massive discount, could now be sold for north of £500,000. I didn’t see any solid gold bathroom fittings…

‘What is it?’ I demand of F, thinking some disaster has befallen one or more of our sales in the protracted pipeline. He spreads his hands wide, as if I’m the idiot with a squandered education and the IQ of something asexual, raised in a test tube.

As ever, I look to S my pretty negotiator for guidance, just as an unpleasant trickle of sweat runs straight down my spine and in to my underpants. God I hate wearing a suit and tie at the best of times, but when the sun finally peeps from behind the blanket of grey, it is even more unpleasant.

S looks towards the ceiling and I follow her gaze towards the hulking air conditioning cassette, where I now see a steady flow of fluid, dripping into a waste paper basket on the floor.
‘Oh for f***ks sake.’ I bellow and instantly look at the swear box on top of the filing cabinets. Another massive fail to go alongside the useless ceiling unit that sits unused for 360 days of the year, then pisses bacteria-riddled water into the office on the one day you actually need cooling.

‘Hadn’t you noticed how unbearably hot it is in here?’ Asks F indignantly.
You know what? I hadn’t actually, what with sitting on a stained couch in a superheated smoke-filled lounge, trying to persuade a pair of greedy bastards that their shabby home in a pretty shitty area wasn’t in fact Buckingham Palace in disguise.

‘Has anyone called the engineers?’ Asks obese mortgage man M, waddling across the office, shirt sleeves rolled up, unpleasant dark stains under his armpits. Fashion tip: Don’t wear a dark blue shirt when the sun comes out - and don’t haul round several scores worth of unnecessary lardy poundage either.

‘Fat chance of seeing them before the first frost.’ Predicts assistant manager T.
‘Well we can’t work in these conditions.’ Contributes loose lettings lush B, unhelpfully.
‘Just leave the office door open?’ I suggest, more in hope that expectation.
‘Christ no,’ snaps T. ‘You don’t want every nutter under the sun coming inside.’

I’m tempted to point out that no office had air conditioning when I started out in estate agency. But I was mocked relentlessly when I told them we used to have to send off 35mm films for next day processing, before we could produce property particulars. They already think I’m a dinosaur, no need to hasten my extinction.

‘Is there not some rule about maximum office temperature, before you can go home?’ Asks B, rather too enthusiastically.
‘I think it’s only a minimum temperature, not a maximum one.’ Says M, mopping his brow, with an unpleasantly discoloured linen handkerchief.
‘What about that Shops and Factories Act poster in the mens’ dumper?’ Suggests T.
Yeh, I need to relocate that before the next visit from the Human Resources nazis.

‘Any luck? Asks S, gently after I’ve spend twenty fractious minutes on hold, before speaking to a moron with English as a second language, at our mandated air conditioning maintenance company. The bean counter boss sacked the local family firm we’d used for years and gave the contract to some centralised bunch of shitesters, who quoted rock bottom price for subterranean service.

‘It seems they are very busy this time of year.’ I say sarcastically.
‘Bloody thing sits there idle all year and when you actually need it to do something useful it’s a monumental waste of time.’ Spits T.

I don’t think he’s talking about F, but it’s a sticky moment.