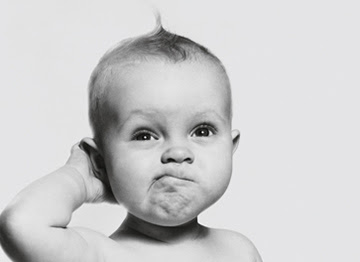 ‘How are we expected to know what the property market is doing with all these conflicting reports?’ Asks trainee F, in bewilderment.

He has a point. One survey will claim values are rising while the next comes out with predictions of eminent meltdown for over-inflated prices, already at record multiples of cost against wages.

‘This one says the average young person in our town will have to put money away for about ten years just to get a deposit.’ Continues F, glumly. I’ve seen his credit card statement, he doesn’t need to worry about historically low interest rates for savers. F’s only hope is for his mad mother to croak, in between husbands, and leave him the family home. Parking skateboards at the top of stairs, or praying you parents don’t last too long in a nursing home at £50,000 a year, isn’t really a sustainable housing policy.

‘It’s always the lenders saying the market is continually rising.’ Says F, warming to his theme, as I start to plan a leaflet drop just to get him out of the office.
‘Vested interests, dear boy.’ Says fat mortgage man M, tapping his sweaty nose as he sways across the office, thighs chafing unpleasantly

F looks my way, that frown of confusion creasing his face, but assistant manager T jumps in before I can.
‘He doesn’t mean those singlets all your dads used to wear underneath their shirts.’ T says, with a chortle. ‘It’s city money men feathering their nests.’
I’m not sure this helps F.

‘Just take them all with a pinch of salt.’ I tell F. ‘Most lenders’ surveys are three months out of date before they even get published. Plus they are often only lending to a narrow market sector, so the figures get skewed.’
F nods uncertainly. If he asks if that is anything to do with a Turkish take-away and meat on a stick, I might have to finally hit him.

‘People manipulate figures all the time.’ Says T, knowingly. ‘It’s like all this fuss about when is an new listing, a new listing, on Right Move?’ T is referring to one of the major property portals, where some less than scrupulous agents, knowing a new property to the market is always at its most desirable shortly after being listed, slyly re-register old homes that have been sticking for ages. Curiously familiar properties appear, with often just a cursory change of text and a new photo, without the owners’ underwear on a radiator.

‘It’s only fair consumers aren’t mis-led.’ Announces negotiator S primly. She’s right, if a little too politically correct. Mind you with tits like that most people will agree with her, whatever she says…

‘Was a time when people had to be responsible for their own actions.’ Replies M pompously. He’s still smarting from all those commission clawbacks, on his mis-sold insurance policies.
‘Whatever happened to Caveat Emptor?’ Demands M, warming to his theme.
I can’t help glancing at F, again. If he asks if the Latin phrase, is a mens’ fragrance from the duty free shop, I’ll march him to the job centre myself.

‘It means buyer beware.’ S tells F, softly. She’s too nice to be an estate agent.
‘So the public don’t have to do due diligence and keep an audit trail?’ Asks F, with surprising clarity of thought.
‘Nope, we wipe their arses and do immigrations and the revenue’s dirty work for them too, then get sued or prosecuted when the shit hits the fan.’ It’s a messy mixed metaphor, but M has a pongy point.

‘So I don’t believe any of these surveys?’ Persists F, looking at me for guidance.
‘It’s simple, ‘ interjects M. ‘If you are talking to a buyer, show them a survey where values are going up and get them to offer before they are priced out of the market. If it’s a seller not playing ball, quote one of the gloomier forecasts and get them to take a lower price.’

‘We don’t operate like that.’ I tell M, bristling.
‘More fool you then.’ Says M dismissively.