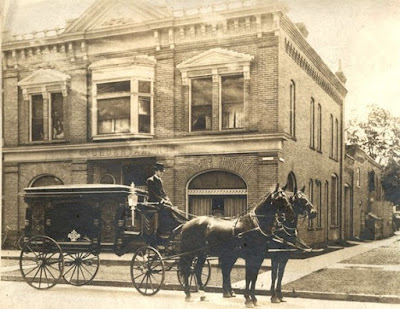 ‘Fancy a valuation later?’ Asks assistant manager T as I return to the office. I’m immediately on my guard. T wouldn’t give away an easy instruction on a new property, so I’m sensing a curve ball. I sometimes wonder if pooling commission in the office is the best method. It’s less divisive and means fewer bust-ups over who won the business/sold the home, but it can benefit the lazy ones.

‘Where is it?’ I ask. T looks more sheepish than a Welsh shearer and negotiator S just looks down at her keyboard - which must be difficult with those huge breasts.

‘It’s somewhere naff, isn’t it?’ I say tersely.
‘Not exactly.’ Counters T unconvincingly.
‘Cough.’ I instruct. T tells me and I groan inwardly.

Now, you’d think any new home to sell on your books would be welcome and in general that’s true. You can’t sell it if you haven’t got it and a shortage of units to sell is the perpetual problem for most agents - until the market really turns. But T has just named a crumbling block of flats, with a short lease and a notoriously difficult absentee freeholder. Leasehold is a secondary form of tenure endured primarily by Londoners and flat owners. Only they don’t own their flats, they lease them for 99 years or more and in theory have to give them back at the end of the term.

‘You know they’ve got short leases don’t you?’ I tell, rather than ask, T.
‘Yeh, but they can use the legislation to extend.’ Counters T.
He’s right. Leasehold Reform laws offer a route for lessees to compel freeholders to extend their lease, or sell the freehold to a collective of residents, but it’s arcane, complicated and expensive. Particularly with a reluctant landlord intent on milking the building for all the income he can extract.

‘Isn’t that the block where there’s a huge hole in the sinking fund?’ Asks S. She’s right, the maintenance has been neglected and rumour has it a new flat roof is required at a six figure sum. A sum to be divided between the luckless owners.

‘And you won’t get a mortgage any more if there’s less that fifty years to run on the lease.’ Adds financial services man M, as he waddles towards the kitchen. ‘Cash buyers only.’ He adds, as I hear the kettle being filled with just enough water for one.

‘Is it even worth having on our register?’ Asks S after some protracted discussion on the inequities of leasehold and the number of rogue freeholders we’ve dealt with over the years.The shitesters who have separate building companies under a hidden ownership, that always get the overinflated maintenance work needed on the building. Not to mention the slyly written leases that have inflation-busting rises in ground rent designed to milk lessees until they are dry. And it’s usually the elderly.

‘We’re hoping to move into one of those nice new retirement flats.’ Says the ancient husband as I sit in the run-down block, later. Endearingly the old couple are holding hands and looking at me earnestly, as they perch on the saggy sofa.

Out of the frying pan into the fire, I think glumly. Assuming anyone will buy there cobwebby home, they’ll sell low and buy high at an overpriced retirement block and the extortionate maintenance charges will still be with them. I’m getting a stair lift and staying put, when my time comes.

‘I don’t understand.’ Says the wife, eyes rheumy and watering, after I’ve explained how lenders won’t advance funds until the lease on their flat is extended, or the freehold owned by the residents.
Neither do I grandma.

‘But we can’t afford to pay him any more.’ Says the husband angrily. ‘There’s already a huge bill coming for the communal boiler.’
Shit, I didn’t know that. I only just stop myself from looking at my watch - a cardinal sin. And I assume the impoverished pair don’t even know about the roof replacement.

They’ll be staying - until the undertaker comes.

Many thanks from an oldie for this inside information. You've helped me to make an informed decision and completely convinced me to "stay put."