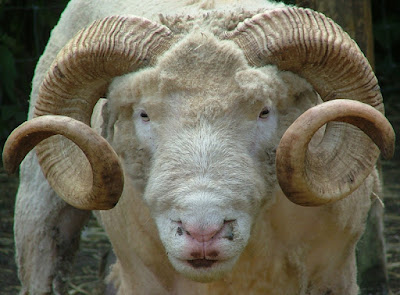 ‘What’s that going to be worth?’ Asks trainee F, after I’ve booked a valuation on a dated block of flats, slap bang alongside a busy road. It’s a good question, one assistant manager T answers for me.
‘A figure the owners won’t want to accept.’ He predicts, with a sneer.

T has a point. All property will sell, no matter how poor the condition, or location. It’s just down to the price. I’m pretty sure the elderly owners of the second floor flat, with no lift, are going to be in denial about the fact their home has an en-suite dual carriageway.

‘I wouldn’t live there.’ Says T Pointedly. ‘You couldn’t hear yourself think if you had the windows open, not to mention the diesel fumes. Ah, the great diesel con. We were all persuaded to buy an oil-burner, then the government ripped you off with excessive fuel prices and all the while you were poisoning school children and pensioners.

‘I would.’ Says F. ‘I’d live there. You could walk into town. And it’s close to the pubs and bus routes.’
‘It’s close to bus routes all right.’ Says T. ‘The whole top deck of the number 11 can see you squatting on the toilet, as it goes past your bathroom window.’
‘Yes but for the right price.’ Persist F.
‘They won’t listen.’ Argues T. ‘That sort won’t accept traffic noise is an issue.’

He has a point. But then when the elderly couple bought their flat the elevated section of road probably wasn’t there. Doubtless they will be half deaf, with those matching hearing aides that whistle wildly, like electric guitars too close to an over-cranked amplifier, if they put their heads close together.

‘What are they hoping to do?’ Asks negotiator S. It’s a great question, one I want asked before any valuation. Motivation is a powerful factor in driving a move and in instilling realism. If you can’t manage the stairs any longer, or want to escape an abusive relationship, it’s surprising how much more amenable to financial reality some people become.

‘Why do the communal areas always smell of boiled cabbage?’ Asks F later. I’ve managed to park the company car in the limited space available, ignoring the dire warning of cowboy clampers patrolling the site. I’m relying on my trusty Doctor On Call badge - nobody likes a deceased GP but it was hanging around the dead doc’s house and the beneficiaries just wanted everything cleared…

‘It’s just bad ventilation.’ I tell F, as I eye the steep and gloomy concrete stairs and realise it will be a hard sell on any viewings. That’s if I can shout loud enough over the constant traffic noise still intruding, despite the fact I firmly shut both the inner and outer, heavy communal doors.

Every home has it’s own unique smell. Most pet owners will be doggedly unaware of it. But it’s there, just think of the aroma when you come back from holiday and open your front door - assuming you can get past the junk mail. Blocks of flats have an unpleasant amalgam of every homeowner’s cooking, living and animal smells. This one is no different. I just hope nobody has a pet sheep. I still have flashbacks to that particular visit - thankfully it wasn’t wearing a dress but the owner was overfond of a Dorset Horn.

‘God it’s noisy.’ Shouts F as we measure up the second bedroom. The elderly owners are busy making tea which they may demand back once I tell them what they’ll need to price at, to get a buyer with badly impaired hearing, yet fit enough to make the stairs. I’m wondering about a mail-shot to the deaf school?

I glance out at the constant stream of traffic buzzing by. Despite some ancient looking secondary glazing, with the sort of insect collection that would keep David Attenborough engaged for hours lodged between the panes, I can feel my ears starting to vibrate and I’m pretty sure a filling is on the move too.

‘How much?” Shouts the husband indignantly, when I tell him my suggested asking price.

He wouldn’t hear of it.