The Chain Of Fools - Wednesday 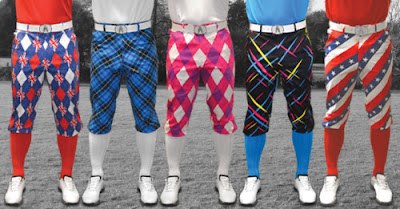 ‘Mrs Pendergast was in to see you.’ Says negotiator S, by way of a greeting.

I visibly droop - not something I usually imagine where S is involved. She smiles sweetly at me and goes to get a cup of tea. God I’ll miss her when she eventually goes on maternity leave.

‘She’s coming back.’ Calls S, over a rolling kettle.
‘What for exactly?’ I say flatly.
‘She wants to know why the chain is taking so long to get to an exchange of contracts on her house.’
‘She’s not alone.’ I call back. ‘Where’s she gone in the meantime?’
‘Retail therapy.’ Says S, plonking a freshly-brewed mug of tea in front of me. I might need something stronger.

People - the sort who engage cut-price agents - think all you need to do is list a home and prepare an internet entry to sell a property. It’s why mug-punters are prepared to listen to ill-informed, untrained “agents” who mis-lead them on price, take an up-front fee, then become more elusive than a four-leaf clover, once the bank transfer has cleared.

‘Is her husband with her?’ I ask S, as I study the bloated file belonging to Mrs Pendergast’s house sale. The hand-hand-written notes are on to their second page and the dates encompass four months of sale time.

‘No he’s at the golf club apparently.’ Says S, with a shrug.
‘So he’ll just be bad-mouthing estate agents at the 19th hole and being persuaded to cancel the sale, as they’ve obviously undersold.’
‘But they haven’t.’ Counters S, with a frown.
‘Yes, but that’s what the twats in the silly trousers will be telling him. Nobody at that golf club expects their homes to drop in value.’

‘Well I hope she rinses the old fool for plenty at the shops.’ Says S.
‘Bit sexist.’ Contributes assistant manager T, from the sidelines.
‘How’s that sexist?’ Demands S.
That’s all I need, a gender-equality argument that nobody with a penis is going to win.

‘You’re suggesting a woman is dependent on a man to pay for frivolous purchases, just because she can’t handle the fact a property transaction is a nightmare.’ Says T, ignoring my, obviously too subtle, shake of the head warning him to desist.
Just as I’m preparing for a volatile argument about embedded patriarchal prejudices and how all the people in the office who shave more than their legs, need re-orientation training from the People Division, in walks a pouty-faced Mrs Pendergast, weighed down by several designer-label bags.

‘I’ve just about had enough.’ Huffs Mrs P, as she sits at my desk and waves away the offer of a crappy instant coffee. Spent enough, more like, I think glancing at the bags. Not much change out of £500, I’m guessing. That’s a couple of months golf club fees. Mr Pendergast won’t be happy.

‘Why does it take so long?’ Pleads Mrs P, after I’ve painstakingly taken her through the extensive file notes, telling her about the stalled mortgage offer, where a self-employed buyer is having trouble producing three years of accounts, the survey in Newcastle that demanded a wall-tie inspection and the first-time buyers waiting for a Help-To-buy loan to clear.

‘Anything else?’ Demands Mrs P, frostily. I can feel it coming. There’s a local authority that will remain nameless, taking up to eight weeks to produce local searches that are virtually worthless, but need to be provided.

‘We’re nearly there.’ I soothe. We are but the incompetents elsewhere have a way to go. Regrettably some of them - lawyers and on-line cowboys - will be paid irrespective of result, I get nothing if this sale goes down. That’s why I’m still working long after Mrs Pendergast thinks my job has been done. Here it comes.

‘Only Clive has been talking to some people at the club.’
That’s his handicap, right there.
‘And they think we may have undersold, they say the market would have gone up in the time our sale has taken.’

‘Are you saying you would pay more for the flat you’re buying?’ I ask, slightly mischievously.
‘Good God no.’

Great post. Your site is quite interesting and very well written. I am waiting for your next post
Holmby Hills Residents
Best Real Estate Agents in Los Angeles

Thousands of clients are searching for properties on Casalova everyday. When a client schedules a viewing for a property, those leads are sent directly to you.
2 bedroom condos for sale in toronto

Wow what a great blog, i really enjoyed reading this, good luck in your work