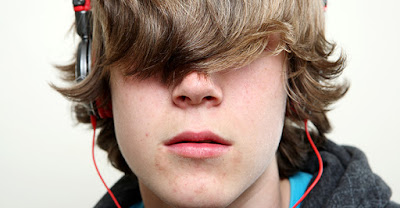 ‘The guy from the local comprehensive school wants to come and see you later.’ Says assistant manager T, as I re-enter the office.
‘Been hanging around the gates again?’ Asks bloated mortgage man M, with an unpleasant chuckle.
‘That’s not even funny.’ Snaps negotiator S, leaping to my defence. ‘There’s enough weirdos out there without you making tasteless jokes about them.’

S still hasn’t got over that oddball who made her uncomfortable on a viewing last week. He was probably harmless, but you can’t be too careful. We’ve lost good people before and we always know where our female staff are, and they have rigid emergency procedures for tricky situations. The blokes can just fend for themselves….

‘He doesn’t want me to do another talk on careers does he?’ I ask T, ignoring M who waddles back to his office, trouser material chaffing audibly.
‘Unlikely after the last effort.’ Says lettings’ lush B, with a laugh. ‘ How many turned up?’
‘Enough.’ I reply, grouchily.
‘Yes but how many?’
‘This really isn’t relevant.’ I say.
‘Double figures?’
‘Nearly.’

The problem is people really don’t warm to estate agents and I can’’t even blame them. I don’t like 90% of my profession - or trade to be more accurate. The standard response to revealing your job, is at best a groan of derision and on one occasion for me a threat of imminent violence. Just recently I watched one of those television dating programmes and the poor girl who reluctantly revealed her role to the potential suitor, actually put her hands over her face and said, ‘please don’t hate me.’

‘No, not a careers talk this time.’ Continues T. ‘He is trying to place some year eleven pupils on work experience but each employer needs to be vetted.’
‘Year eleven?’ I ask, still bewildered.
‘You used to call them fifth-formers.’ Answers T, with a shake of his head. And I understand they’ve just changed all the grades for GCSEs. I’m a man out of time.

‘Good luck getting a green light on vetting in this place.’ Says B, nodding towards M’s office.
‘He wouldn’t molest a child.’ I say abruptly.
‘He might eat one though.’ Says T, laughing.

‘How come the grammar school never wants to place pupils in estate agents’ offices?’ Asks S.
‘Because only the comp thickos, who don’t have any qualifications think they can do your job.’ Announces M, back from his lair and possibly irked at overhearing our conversation. He never misses a chance to remind everyone he has passed quite onerous financial services exams. I voluntarily sat my estate agency exams years ago, but apart from the depth of industry knowledge it gave me, nobody has ever asked me for them.

‘Are we going to get one to play with?’ Asks trainee F, sensing a chance for someone junior to him joining us.
‘You don’t play with them.’ Chides S. ‘And you lot better not think you are having some naive girly in a short skirt to letch over.’
‘That won’t be happening. ‘ I say seriously.
‘I wouldn’t mind a young boy to boss around.’ Says B, completely undermining any feminist solidarity with S.

Stern lecture on the correct way to respect others in the workplace issued, albeit somewhat half-heartedly, I retire to my office. I’m really not sure I can be arsed with all the paperwork that comes with a work placement. And some self-entitled snowflake who balks at answering the phone or photocopying and thinks they get to drive a flash car and have the keys to homes they’ll never live in, is more than I need. Particularly if they burst in to tears at the first harsh word from a punter, like the last one.

‘Not sure it’s worth the aggravation.’ I say later, once I’ve studied the email from the school and the list of health, safety and insurance questions to be satisfied, before some delicate flower with acne and an attitude is allowed through our door.

‘It will give a young person valuable experience.’ Suggests S, with a warm smile.
It might.

Very informative and impressive post you have written, this is quite interesting and i have went through it completely, an upgraded information is shared, keep sharing such valuable information.