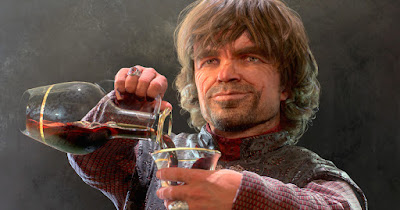 ‘What are you drinking?’ Asks H, my vertically-challenged, rival manager.

We’re in the pub that sits between our two office areas’ boundaries and I’m already regretting the meeting. Hearing him crow about how well his office is doing, isn’t going to lift my mood and if he wants a therapist to unload on, I’d rather he pay for the privilege. Still, he has enquired about my alcohol requirements….

‘I’d like a pint of best.’ I tell him, wondering if I have actually misjudged the little squirt.
‘Great.’ He says, heading towards a table. ‘ I’ll have the same.’
Nope. Haven’t misjudged him at all.

‘How far off your target are you? Asks H, quaffing a surprisingly big slurp of beer for such a short-arse. He knows. We see the electronic stats every week.
‘It’s recoverable.’ I say, weakly, parroting the same line I give my, equally odious, bean-counter boss every time he asks the same question.

‘We’re at the mercy of the market, those clueless arseholes in government and the bank rate.’ Says H sweepingly.
Plus, if you have the best office location in the group, a town with full employment and hardly any crappy leasehold flats with greedy freeholders rinsing the elderly lessees it helps, I want to say.

‘And now they’ll be giving all the wastrel junkies and single mothers longer tenancy agreements and fixed rents, if the left-wing loonies get more power.’ Continues H. ‘An investor landlord will become an endangered species at this rate.’
H won’t feature on any Labour party candidate long-list, in a hurry.

‘And how do you reckon you’ll do by year end?’ I ask reluctantly, after H has blown himself out ranting about those less-fortunate than himself - except in the height department.
‘Cream it, as usual.’ Says H, with a smug grin. He was just itching to tell me what I already knew. Bastard.

‘You can’t keep talent down, no matter how may ill-advised politicians meddle with the market.’ Says H, warming to his theme and getting towards the end of his pint. I begin to hear just white noise and start wondering if he’ll put his short hand into those deep pockets and actually buy me a drink, before we head our respective ways.

H is so self-satisfied and sure of himself; born of years selling in a boom town, with high demand, a shortage of properties and decent competition, coupled with easy lending. I sometimes wish I could be shallow enough to exude such unshakable myopic believe in my own ability - but then show me a person lacking self-doubt and I’ll show you a psychopath, or a simpleton.

‘You need to get your lot on individual targets, rack up the pressure on them to sell.’ Suggests H, draining his pint and looking covetously towards the bar. If he’s left his wallet in the office again, I’ll swing for the parsimonious pigmy.

‘It’s divisive.’ I say, referring to the fact that my staff pool their commission. ‘And if you ask me, the vendors get a poorer service if nobody wants to take ownership of anything other than their own deals.’
‘Figures don’t lie.’ Responds H.
It’s your lucky location, I want to shout. But unless you have access to a jump racecourse and a good knackers’ yard, flogging dead horses isn’t a sustainable plan.

‘Maybe you’ve just been doing this too long.’ Suggests H, after he’s lectured me on the benefits of treating your staff like disposable ledger entries and discarding anyone who falters, with the ruthless efficiency of fellow midget dictators. Napoleon comes to mind.

H has a point. One I’ve pondered long into many a sleepless night. But like those old footballers, before they scrapped the maximum wage and money flooded into the top-flight game, I can’t afford to retire and I’m guessing opening a sports store, or managing a pub while running to fat, isn’t going to work.

‘Won’t stop.’ Announces H abruptly. ‘Can’t drink and drive any more.’
I’d settle for a soft drink and some words of encouragement.
‘I’ll get them next time.’ Says H, as he leaves.

Still think the bank (er Base) rate matters? You're right at least about easy lending. But it's market rates, not the ivory Tower created bank rate. And mkt rates are rising, globally.