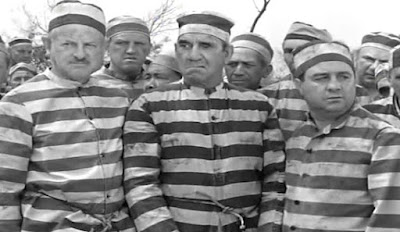 ‘Mrs Waterman has been on the phone crying again.’ Says assistant manager T, when I return to the office. I sigh heavily and wonder if her husband realised the irony of his new wife being a serial-blubberer, when she took his name.

It’s not news that home moving is a stressful business, so I don’t know why I’m still surprised when the whole fractured process reduces people to tears. I just try to leave my crying until all the staff have gone home - although the office cleaner has stumbled in on a few awkward, soggy-tissue, moments….

‘What is it this time?’ I ask, shrugging off my jacket and wondering if I can spin the suit’s use out for another week before it has to go to the dry cleaner again. Nothing worse than a whiffy estate agent. It won’t win you any business if you arrive at someone’s home reeking of stale sweat and disappointment, even if their house stinks of pampered pets.

‘The first-time buyers at the bottom of the chain are pulling out.’ Answers T, with a shake of his head.
‘Reason?’
‘Does it matter, they live on the other side of the country, so we can’t help.’ Says T, wearily.
‘Probably not.’ I reply. ‘But you need to try every angle.’
‘You told her to go with the other bidder,’ says negotiator S joining the conversation. ‘It’s her fault for being greedy.’

S has a point, two very prominent ones, as it happens. When two parties were jostling for the Waterman’s home, I managed to negotiate a higher offer from both, without resorting to the unprofessional and ultimately destructive practice of revealing the other sides offer to each bidder, in a clumsy Dutch auction.

‘Give me your best offer and I’ll put it to my clients.’
‘But we need to know how much they’ve bid.’
You don’t. It’s a private treaty. And if you did, you’d only top it by a few pounds, in a spoiler bid. I’m here to get then the best possible price from the best possible bidder.
Turns out I only managed half of that equation.

‘I’d probably advise to go with the slightly lower offer, having looked at their position.’ I’d said to the Watermans.
‘You would say that wouldn’t you.’ Retorted Mr W. ‘It’s not your money.’
And it wont be yours either, if the chain of seven breaks somewhere along the protracted process, I’d thought. A chain of three, with no mortgage needed on two of the participants, was the better bet. You can tell people, but the won’t always listen when the pound signs are flashing in their head.

‘It doesn’t pay the bills by being right.’ I say to S and she looks at me gloomily.
‘People are complete f***ers.’ She replies, throwing her arms open and looking at the swear box.
An inappropriate response spools though my brain, but then I’m on to more pressing matters. How to save this deal.

Several phone calls later, I’ve discovered the first time buyers are splitting up, so short of a three hundred mile drive, some more tissues and a relationship counselling session, we’re looking for a new buyer. Needless to say the underbidder has found something else. It is worth a quick call, to try and ruin another agent’s day but I suspect the couple will tell the Waterman’s to twist. They do.

‘Why is this happening to us?’ Snuffles Mrs Waterman when I’m sat in her lounge, later.
Because you don’t listen to professional advice, I ache to say.
‘Look at the state of this place.’ She whines, waving at the removal firm's  boxes strewn everywhere. Yes, I told her not to start packing until contracts were exchanged - but once again….

‘I’m starting to think we just call the whole thing off.’ Says Mr Waterman.
Noooo, don’t do that fella.I’ve spent score of hours on this, not to mention the adverting, staff and viewing costs. You wouldn’t get this level of commitment from the on-line call-centre cowboys. They take the money up front then have no vested interest in whether you stay or go.

Late accompanied viewing tonight. Wish me luck.
Posted by secret agent at 7:43 AM