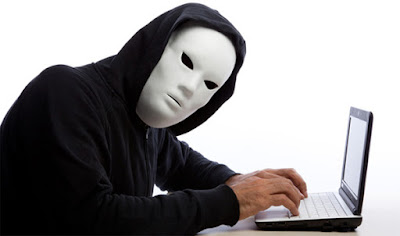 ‘Oh for f***s sake!’ Exclaims assistant manager T, as his phone handset hits the cradle damagingly.
‘What is it?’ Asks negotiator S, with a sympathetic smile.
‘Another w****r who is making a huge property mistake.’ Spits T, angrily.
‘You’re going to need to narrow it down a bit.’ Replies S with a giggle.

She has a point. Even the most seasoned of businesspeople have blinkers on when it comes to making sensible decisions on property matters. It’s a murky fog of greed, emotion and anxiety - no wonder you need a trusted professional to hold your hand.

‘Those f***-wits in the two bed flat I valued have only gone and given it to some on-line cowboys for an up-front fee.’ Reveals T, face turning puce.
‘That’s their look out then.’ Soothes S. ‘They’ll most likely be back in three months, chastened and out of pocket.’
‘They’ll be too embarrassed to see me again.’ Predicts T, probably accurately. ‘ It’ll end up on the market with those idiots down the road.’ T sweeps a derisory hand towards one of our competitors in town, a cheap-and-cheerful outfit - without the humour element.

‘I imagine you pointed out to them the folly of paying in advance for a future service?’ I say, semi-rhetorically.
‘Of course I cocking did.’ Snarls T.
‘Swear box is is waiting.’ I admonish, nodding towards the office expletive collector.
‘Put me down for a f***ing fiver then.’ Says T dismissively. ‘I’m fed-up with these myopic idiots.’

T has a point. As I try to tell the public and train my staff; if you buy a car, it’s pretty easy to see the distinction in price between a Mercedes and a Micra. But trying to compare a service - one you’ve yet to receive - on the basis of some promises from a profession that is hardly held in high esteem by the public, isn’t such an easy pitch.

‘These cretins don’t seem to understand getting a sale through to completion is massively more than just listing a home on a property portal.’ Says T, dejectedly.
‘They’ll find out.’ Soothes S.
‘Not until it’s too late.’ Grumbles T.

He’s right again. Most high street agents offer a no-sale, no-fee, arrangement. The hard work often begins after a sale has been agreed, with lender and title problems, protracted chains to negotiate and a several month sale process to navigate. This is when an experienced and qualified estate agent earns their corn.They have to, otherwise they don’t get paid.

‘Why do people do it?’ Wails T.
‘Because they think they are saving a thousand pounds or two.’ Says S.
‘More often than not, they under-sell if the market isn’t tested property.’ Replies T. ‘And that’s before the sale has to be rescued multiple times ahead of an exchange of contracts.’
‘They probably signed up for the on-line cowboys’ call-centre conveyancing service too.’ Says S, not helping matters.

This is another area yet to be fully understood by a naive public. A cheap shirt, you pretty much know is going to fall apart after a wash or two - a cheap solicitor will leave you even more exposed.
Obviously some people will have a successful experience with an on-line estate agent, but in my view it’s the digital equivalent of putting a postcard advertising your house in a newsagent’s window. Just for £1,000 - not £2.50 a fortnight.

‘Did they pay the money in advance, or take the deferred payment  option?’ I ask T. Some outfits, dodge the thorny issue of folk not wanting to pay ahead of delivery, by signing the seller up on a pay-later scheme. I wouldn’t advise my worst enemy to do that.

‘Paid now.’ Says T. ‘ I mean, it’s like shelling out for an over-priced hooker and finding she doesn’t come.’
‘And neither do you.’ Adds loose lettings lush B, unhelpfully.
It’s not. Although…..

‘Make a note to call them once a fortnight until they are ready to use us.’ I instruct T. ‘They’ll probably be talking to you more often than some faceless, so called local property expert, who lives fifty miles away.’

‘They don’t deserve me.’ Snipes T.

21st Century catches up on EAs and they hate it. Go figure.

Did you read the article?