Cash Is My King - Friday 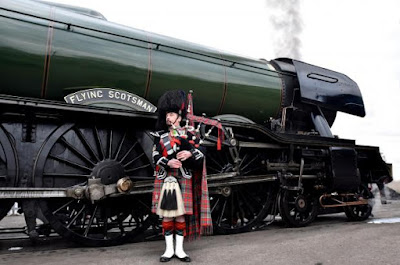 ‘So this is your third viewing of the house.’ I say to the late-middle-aged couple I’m with, as we re-convene in the lounge after a lengthy inspection involving opening cupboards unnecessarily and an awkward moment in the vendor’s underwear drawer.

‘Yes.’ Acknowledges the husband grudgingly. ‘But we won’t be bounced into any quick decisions by anyone.’ Of course you won’t.
‘He’s always been cautious.’ Says the wife, with an apologetic grin.

Now I’m thinking how dull their sex life must be, rather than how soon I can get back to the office if they are not going to make a bid. Once you get past a third viewing and still don’t make an offer, the chances of a deal recede faster than Jude Law’s hairline.

This house will sell, that I know. The owners have listened to my advice on price, as they’re committed and not greedy. Other agents had tempted them with unrealistic valuations and an on-line outfit wanted the best part of £1,000 up-front with no motivation to do anything else, but the owners were experienced and sensible. If this pair don’t make a decision soon, I’ll find someone who will. But they are in a good position….

‘I understand you are cash buyers.’ I say as the couple prevaricate. It’s always best to double-check and our office idiot, trainee F, conducted the first two viewings.
‘Yes.’ Says the husband smugly, adding. ‘You lot love that don’t you.’

Well, it’s better the offering pork bellies, or some smoke and mirrors digital virtual currency like Bitcoin, that I’m convinced will turn out to be some enormous Ponzi scheme when it finally unravels. Caveat Emptor.

‘Well if the money is in the bank and you are ready to sign a contract, unhindered by another sale, it puts you in a strong position.’ I say, by way of clarity. Although, some of the corporate estate agency chains would rather buyers used their mortgage services and pet conveyancing operations, as the secret profit kickbacks add value to every transaction.

‘Well it will be.’ Says the wife.
It’s not an audible alarm, but it might as well be. My heart sinks. Surely F has qualified this pair properly? We’ve spent hours with them already, plus  I picked them up from the station as they are obviously too stingy to cough for a taxi.

‘So, the money is not ready.’ I probe, as the husband scowls at his wife.
‘Once the sale goes through it will be.’ Says the husband curtly.
‘You’re selling another home?’ I ask, thinking if it’s not even under offer, I’ll probably enter orbit shortly.

‘It’s not a house.’
Says the man, dismissively.
What then? Good god, is it a racehorse? A classic car, some pre-renaissance painting?
‘We’re selling a business.’ Enlightens the man. I’d have preferred them to be flogging Shergar - once they find him.
‘So not a cash purchase.’ I advance wearily.
‘It will be, once the deal goes through.’ Counters the man, peevishly.

Commercial business sales are infamously long-winded, as buyers and sellers argue over premises, stock and that notoriously hard to value, goodwill element. A buyer in a matrimonial sale would be, statistically, more likely to perform than this pair. I can find a better buyer for my client. I just can.

‘What time is your train?’ I ask flatly, as we head back towards the station.
‘Oh not for another couple of hours.’ Says the wife. ‘We were wondering if you could drop us off at one of your competitors, we’ve a viewing booked with them in fifteen minutes.’

‘Where’s F?’ I demand angrily when I get back to the office. I’m pretty sure the couple’s train will be diesel, or electric, but if not I’ve raised enough steam to power the Flying f***ing Scotsman.

At least they're f*cking your competitors about too!

Why do estate agents expect buyers to spend less time inspecting a house than they might test driving a car?

How very dare they!

A brilliant read, as always