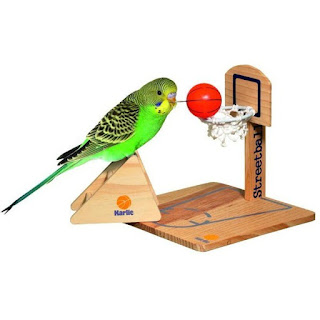 Loose lettings lush B, has a grumpy-looking middle-aged couple sat at her desk. It’s fairly obvious the expensive German saloon car with personalised plates illegally parked outside the office window, is their car. The latent socialist insider me, wants to despise them, but I’ve learned the hard way not to be too quick to judge. There are two sides to every story.

‘First thing you need to know.’ Says the man to B, assertively. ‘Is I won’t entertain any tenants on benefits.’
‘I get that one-hundred percent.’ replies B, with feeling. ‘They are the bane of my life.’
‘We’re on the same page then.’ Responds the man. ‘I’ve spent too much on lawyers and court fees to have another single mother with a sob story and three kids by three different men, spend the rent money on alcohol and tattoos and not pay me.’

Now I hate stereotyping and there are plenty of decent people who have fallen on hard times, who need help. The trouble is there are too many for the taxpayer to cope and an awkward minority turn private landlords away from renting to them, by trashing their properties and spending the state-paid rent money on anything but the rent.

‘We will only consider proper couples, in decent jobs with cast-iron references.’ Says the woman, leaning in towards B, as if she doesn’t want anyone else to hear. I am, of course, listening fervently. For a moment I thought she was going to say they wanted to exclude potential tenants on racial grounds. We’ve come a long way since landladies put signs in their front windows stating, No Blacks or Irish, and thank goodness for that. Although her undertones tend to suggest they might want us to profile people on their sexuality. It’s illegal and won’t be happening on my watch.

I really want to dislike this couple, but then they may have become accidental landlords like thousands of others when past chancellor, Gordon Brown, ransacked their pension pots, by moving the tax goalposts. And if I could afford any savings, money that didn’t make any tangible interest, maybe I too would want a sensible return by buying a second property. I certainly wouldn’t want some irresponsible scumbag, who trashed the decor, alienated the neighbours and didn’t pay the rent in there. And, I suspect, neither would you.

‘Is that your car?’ Says assists manager T, pointing at the Mercedes with the blinking hazard lights, as he hurries through the door.
‘Yes.’ Says the landlord warily.
‘Only the traffic warden is on his way up the high street, with a glint in his eye.’

‘Blimey,’ says T with a chuckle as the door rattlers in its frame and the disturbed air swishes around the office. ‘Didn’t think old people could move that fast.’
‘They weren’t that old.’ I counter defensively, as the car disappears from view, just as the trainee nazi traffic warden skulks past. He looks in threateningly. God, it’s no wonder there are so many empty commercial shop units in town.

‘I’m glad they are gone.’ Says negotiator S, with an attractive pout. She’s magnificent when angry.
‘Thanks a bunch.’ Snarls B, as she watches a potential client drive away.
‘They were pair of bigoted old bastards.’ Snaps back S. ‘There are laws about people like that.’
‘Would you like some drunken-slapper in your house, not paying the rent.’ Asks B, without a hint of irony. She freeloaded at the last boyfriend’s flat for six months, drinking his sauvignon in return for sex, until he changed the locks.

If the last ten UK Housing Ministers had the hint of a strategy and had stayed in place long enough for the sign-writer to put their name on the Westminster door, maybe we wouldn’t be in this mess. Reliant on a pressurised private sector of landlords to plug the gaps. For years this country has had too few properties, over-inflated prices for the average worker and no sustainable social homes building policy.

Given half an hour and a box of bird feed I could train a budgie to do a better job - but I’ve got to fly.