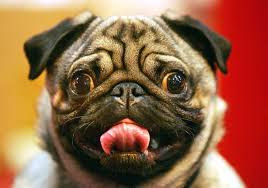 ‘Nice lady coming back to see you in about half an hour.’ Says negotiator S, as I come through the office door.
This isn’t what I want to hear. Nice ladies don’t come to see me, unless they are selling something I don’t want - or can’t afford.

‘What is she flogging?’ I ask, to a frown from S.
‘A dead horse, if she’s pitching to you.’ Interjects assistant manager T, with a grin.
‘It’s for a good cause.’ Continues S, ignoring T and fixing me with that devastating smile.
I soften a little, which with S is a little counterintuitive….

‘Some sort of begging letter, with a collecting tin most of the deadbeats who come in here will try and steal if we don’t chain it to the photocopier?’ I demand, sourly.
‘You are so jaundiced.’ Says S, with a beguiling pout.
‘It’ll come to you with time and a lot more disappointment.’ I tell her, shrugging off my coat and heading for the message book.

Apart from being a magnet for every lunatic in town and all the sad lonely people who have nobody to talk to during the day, my office seems to be the first port of call for anyone collecting for spurious good causes, from the big terminal ones, right through to well-meaning old women rescuing damaged Greek donkeys and stray cats that should have been spayed at birth.

‘Was she wearing a hi-viz jacket and a fake smile?’
I ask, distracted by several messages in the book that don’t bode well for some of the sales in my pipeline.
‘No she was quite normal.’ Counters S, as I see Bomber the surveyor has collected the keys for one of my high-end sales. He’ll down value the agreed price and no doubt ask for numerous independent contractors reports. Investigations almost guaranteed to spook the purchaser and make them think they are buying a dilapidated money pit, not a period home that has stood for a couple of hundred years quite happily.

‘What makes them think I have time to collect cash for free and hand out cheap lapel stickers to prove to passers by how worthy you are?’ I demand.
‘They are just to stop the charity-chuggers in the high street from bugging you.’ Suggests T.
‘Well it’s not working.’ I counter. ‘If those ill-dressed, failed students, expect me to sign a monthly direct-debt to save pit-ponies in Siberia, they’ve another think coming. They should get a proper job.’

‘Think they are volunteers.’ Says S, with a hint of annoyance.
They’re not. They are on commission, like me, and unless I sort out these sales taking forever while solicitors, lenders and surveyors try to screw then up, I won’t be getting any.

Agents do their bit for charity. Those with a more active social media stream than the clowns at head office, manage to raise their local profile quite well and buck the perceived image of estate agents being a bunch of sharks in cheap suits. I’ve done my fair share of sponsored walks and bike rides, but fatigue and a chaffed crotch gets you eventually.

‘The British are amongst the most generous charity supporters anywhere.’ States S. Not sure she has the figures to substantiate that claim. It is probably just a result of almost constant television nights where you are coerced into ringing a premium number to donate, while the tears are still falling after another heart-wrenching video-tape of a starving child and a devastated village. Perhaps I should take the collecting tin, after all. A good cause is a good cause and our image could do with a little polishing.

‘Here she comes.’ Announces S, nodding through the window. I spot a late-middle-aged lady, in sensible shoes, approaching like an ageing head girl from a private school. She’s sporting a tweed skirt and jacket combo.

‘You look like the man who makes the decisions.’ She announces in a plummy voice, flashing a lipstick-stained smile. I’m sensing a nut-job.

‘I’m here to tell you about the mistreatment of Korean puppies.’