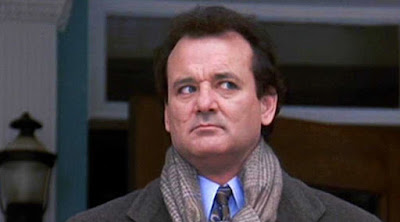 ‘How do you do it boss?’ Asks trainee F, breaking a silence I hadn’t realised had descended.

I look across the empty office. How do I do what? I think. Put up with an idiot like you, when it’s clear I’m never going to need a silk coin-carrier, let alone try and fashion one from an even-toed ungulate’s lughole.
F looks back at me earnestly, the kind of doting gaze you might get from a slightly simple puppy  hoping for a doggy-treat, as opposed to a kick up the arse and a P45.

‘How do I do what?' I finally respond, wondering if F is going to ask, for the umpteenth time, how to re-set the colour printer, credit the franking machine, or make a cup of tea without those strange greasy globules floating on top.

‘Start again from nothing every year.’ Answers F, profoundly. He looks wistfully out the window where the last saps traipsing round the January sales are passing by, clutching goods they don’t really need and almost certainly can’t afford.

It’s a question I’ve been asking myself for more years then I care to remember. The lot of a salesman is one of those Sisyphean tasks, just when you think you’ve reached the summit, some weasel-faced accountant, whose been over-promoted because he can fiddle figures, shoves you back to the bottom again, with an extra 10% added to the mountain top, by next December.

‘You don’t want to overthink it.’ I tell F. Realising, even as I say it, that there’s no danger of that happening.
His face creases in concentration.
‘No you really don’t.’ I urge. ‘Or you might cry and that’s not a dignified thing to do. At least not before the end of the first sales’ quarter.’

The phone rings and I nearly jump out of my seat. The dead zone between Christmas and new year makes you forget how an active office should sound. Now with the new year and the latest set of targets upon me, I can expect the traditional influx of valuations and new instructions where the proximity of family, in overheated houses, has tipped a fair few over into finally separating and selling the marital home - at least until the lawyers get involved and they learn what half their house will buy them in the real world.

‘Morning tosspot.’ Crows a familiar voice, after I’ve parroted the corporate telephone greeting. It’s H, my vertically-challenged rival manager. I need his juvenile crowing, like another chocolate from the depleted tub, sitting on top of the filing cabinet. Just those mini Bounty bars to finish. I still dislike them, but the influence of parents who remembered ration books, lives on long after you’ve buried them.

‘You busy yet?’ I ask, regretting the question before it has finished echoing round the office. Even if he hasn’t had a single punter through the door since 8.30 am, H will lie. He can’t help himself. It probably started when the lady in the shop with the monopoly on over-priced uniforms, asked him his height, as he prepared for infant school.
‘Having it away, already.’ Trills H, predictably. ‘Two sales agreed, four new sole agencies and a couple of lettings to losers who’ve been kicked out of their homes by angry women, who found out they’ve been cheated on. God I love, social media! It’s so much easier to expose adulterers.’

H didn’t do charm school. That was obviously too much of a reach.
‘Anything else?’ I ask, despite myself. I may not have the goth haircut and multiple body-piercings but I can do self-harm as well as any angsty teenager.

‘Three cheeky contracts exchanged, to get the January invoices off and running.’ Replies H.
I know most solicitors are still skiing, or holed up in second homes in the west country, so there is no way these deals have happened this year. He’s cheated the system again.