You Move Me - Monday 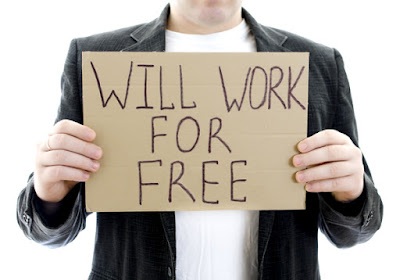 ‘Can you help us? Our solicitor and agent are useless.’ Pleads the red-eyed woman sat at my desk.

It’s not the first time I’ve heard that particular request. They say moving home is the third most stressful life-event after death and divorce - and I’m not convinced death fully-qualifies as a life-event….

‘They’re a bunch of idle f***wits.’ Says the husband, to a scowl of disapproval from his tearful wife.
I’m tempted to raise the old adage that public and government contract-awarders alike tend to forget - you get what you pay for. This couple are my buyers, so my duty isn’t to them it’s to my vendors, the people paying my fee, but unless I sort this mess my clients won’t move and I won’t get paid.

‘Our agent just never answers the phone and the cowboy who came round and over-valued our house has just disappeared.’ Moans the woman. Cowboys tend to get shot, I think fleetingly, but in this case I suspect he’s just ridden off into a purple-hazed sunset.

‘And the outfit he recommended as solicitors seems to be staffed by an ever-changing bunch of schoolboys who don’t do their homework.’ Spits the husband.
‘Like dealing with a call-centre?’ I venture mischievously.
‘Precisely.’
No surprise there. Maybe next time employ a traditional estate agent and a proper, local lawyer?

‘So why couldn’t our lot do that?’ Asks the wife an hour later, after I’ve spoken to the whole chain, three sets of solicitors and a reluctant lender, agreed an expedited mortgage offer and a proposed completion date. Because you paid a cheap fee up-front and they have no incentive to do anything, other that look for the next mug-punter to sign up? I think angrily.

‘If we ever move agin I won’t be using an on-line load of idiots.’ Says the husband, offering me his hand as the couple leave. Great, I think, maybe come back and see me next time?
‘Oh we won’t be moving again.’ Interjects his wife. ‘Never!’
Not so great.

Maybe one day, if a UK Housing Minister stays in post longer than a few months, we’ll have a joined-up policy for the industry. But I suspect I’ll be long gone. Other countries demand a minimum standard of education to practice as an estate agent - or realtor - and a sound form of licensing and monitoring. We continue to think cheap is value for money and when engaging a future service, you don’t find out until it’s too late, you’ve been duped.

‘Mrs Simmonds on line three.’ Announces negotiator S, later in the day. She’ll be ringing to say how delighted she is I’ve achieved a full-price asking price on her flat after just a fortnight of intensive marketing, five viewings and two competing offers, I think a little smugly.

‘I’m not really happy with the amount of fee I’m paying you.’ Says Mrs Simmonds by way of a greeting. The wind coming out of my sails is almost audible.
‘You don’t seem do have done a lot for the money.’ She moans and a lengthy diatribe about skill-sets, expertise, exam qualifications and the job being far from over, spools through may head. I should introduce Mrs Simmonds to the couple I had in the office earlier. They left singing my praises and wanting to bear my children - but then again they didn’t pay me a bean…

‘I wonder if I’ve undersold it.’ Continues Mrs Simmonds, in the time-honoured whine of an owner who is unhappy if you sell too soon and quick to change agents if you take too long. I’m tempted to give her the number of the on-line outfit my new friends employed, but they probably wouldn’t answer the phone.

‘What did Mrs Simmonds want?’ Asks negotiator S, after I’ve convinced the woman she won’t be paying me a penny until I nurse the deal through to a successful moving day.
‘What do they all want?’ I snap back.
‘Something for nothing?’ Ventures S, with a beguiling smile.