Gone But Not Forgotten - Friday 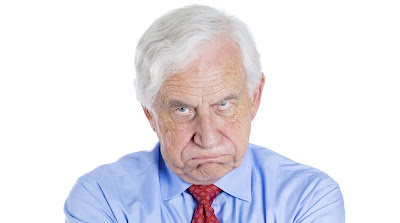 To the supermarket, during my lunch hour, on a wife-inspired errand. Only it’s not a lunch hour of course, nobody on commission takes a full sixty minutes. Some other leaner - definitely leaner - and hungrier salesperson will take your business if you dawdle too long in Greggs, the baker.

‘Is it really necessary?’ I’d questioned, when she rang me with the request.
‘They’ll all be gone, if I wait until I can get to the shops.’ She’d replied, following up with the unwanted logic of: ‘In any case you’re just there in town and it will only take ten minutes.’

‘Ten f***ing minutes.’ I mutter as I grab a basket and belatedly realise I haven’t brought my own bags.
‘What’s that love?’ Asks an old lady, looking hopefully in my direction.
Now, I know I’m probably the first person she’s spoken to all day and if I get behind her in the checkout queue she’s going to dawdle for five excruciating minutes chatting to the till girl, while I seethe and rack up more expensive dental work, but I don’t want to engage - not unless she has a house to sell.

‘Just mentioned it’s a nice day, that’s all.’ I say dismissively.
She doesn’t get the body language, or hear very well.
‘Say again my dear, I haven’t got my hearing aide turned on.’ And she taps her ears.

Of course you haven’t. Why waste the batteries when you can annoy the hell out of everyone who you do eventually get to speak to, by asking the same thing three times, while they try to pay for a slimline sandwich meal deal and collect two ridiculous pot plants that their wife wanted and could have bought at the weekend, when she spotted them the first frigging time?

‘Nice day.’ I repeat, upping the volume substantially and pointing outside for dramatic effect.
‘No, still not coming through’ The old duck says with a gummy grin. ‘I turn the batteries off to save them.’ She tells me conspiratorially. ‘They’re so expensive.’
Not as pricey as cracked molars, I think uncharitably.

‘Don’t I know you?’ Presses the tenacious grandmother. I don’t need this. Despite my low, on-line profile, I’m pretty well known in my town. I’ve been in most of the streets and many of the houses and you can see me in the office window, lit up like a poor man’s Madame Tussauds dummy, for most of the winter once the clocks change.

I tell her. Chances are she’s been in the office many a time, she might even have fallen over on the uneven paving slab we keep reporting to the council. If we’ve picked up one bruised pensioner and administered plasters and hot tea until the ambulance arrives, we’ve done a dozen.

‘Well you probably knew my husband before he died.’ She says, eyes lighting up. I certainly haven’t met him since you cremated him, I think sourly, eying the checkout line and seeing it grow. I cock my head, in seeming interest, you never know when the house will become too much for her. And she tells me.

That sour-faced bastard, I think angrily, trying to keep my feelings from my face. She’s just named one of the most cantankerous, pedantic and destructive chartered surveyors I’ve come across in my entire career. The old sod delighted in picking holes in properties, down-valuing the sale agreed price and putting deal-wrecking retention’s on the proposed mortgage the borrower wanted. If he turned up to collect the keys on a sale you could effectively take down the sold subject to contract board and start all over again.

‘Nice chap.’ I mouth as convincingly as I can. ‘The town has never been the same since he passed away.’ Well fifty percent accurate, I think. The fact that when we heard he’d croaked, it was one of the few times on a Friday night that all the estate agents in the pub, spoke to each other and smiled, is something she doesn’t need to know.

I really am a nice guy.
Posted by secret agent at 9:15 AM