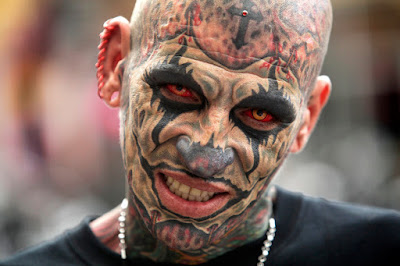 ‘So you’re sure we can’t wear short-sleeve shirts?’ Presses assistant manager T, as the uncharacteristically warm weather continues.
‘You can wear them.’ I tell him ‘ You’ll just look like some plonker who belongs in a fast food outlet.’

‘But they can wear short-sleeve blouses.’ Whines T, gesturing towards the women.
‘Yes,’ agrees trainee F. ‘Doesn’t it seem a bit…’
Please don’t say it.
‘….sexist.’
He said it.

I have a file full of memos - yes, I still print them off - detailing crimes, real, or thought, that the women in Human Resources have flagged-up, most ending in “ism”. Now there’s an industry that is actually growing. They don’t actually produce anything useful, but if you were a careers advisor you’d surely be telling young girls to get some HR qualifications.

‘You just don’t look the part.’ I say wearily. ‘People will mistake you for a McDonald’s employee, or a Hawaiian on holiday.’
‘You’re just exaggerating boss.’ Says F.
Well that’s what I do, particularly when giving people a price on their home. Honesty gets you nowhere, particularly with all the shitesters out there.

‘It does seem a bit unfair on the boys.’ Says negotiator S, leaning forward and nearly spilling out of her over-cantilevered top.
‘She has a point.’ Suggests T.
Two quite prominent ones as it happens.
‘People just expect you to look the part.’ I say, dragging myself back on topic.

‘Not sure they do any more.’ Counters T. ‘Only the old ones.’
‘They’re the ones with the money and the property.’ I remind him . ‘That’s why you shouldn’t have a beard, or tattoos and should polish your shoes daily.’
‘God, not that old chestnut.’ Yawns T. ‘Nobody cares.’
They do.

Now I know I’m getting long in the tooth - it’s why that painful extraction took so long at the dentist recently - but some truisms remain in sales. People judge you quickly when you arrive at their home to pitch for the business. And if you are at a disadvantage straight away, because of your grubby shoes, dodgy tie, or badly-inked tattoos, you’re on a hiding to nothing.

‘Yeh, but you’ve got an obsession with tattoos.’ Says T, as the conversation meanders on.
‘He is right.’ Contributes loose lettings lush B, from her desk. ‘Nearly everyone has one nowadays.’
Yes, and in her case it makes her look even more like a desperate middle-aged slapper, trying too hard.

‘But you’re saddled with them for life.’ I say, to a communal groan. ‘Why not just get a temporary one? Then when you grow up you won’t look like some itinerant fairground worker.’
‘Some of them are works of art, actually.’ Snipes B.
Not the miss-spelt ones, or the cretinous on the face graffiti - and don't even start me on why some knucklehead needs left and right, or love and hate, actually on their knuckles.

I know times change. My mother used to warn me of dire consequences if I ate food in the street. Informing me I’d end up looking like a lorry driver, if I masticated in public. The same fate was predicted if I didn’t pay attention at school. As it happens driving an articulated rig looks a reasonable career choice now. Freedom of the open road, in charge of your own destiny and plenty of room for tax-free cash if you can squeeze a few economic migrants behind the pumpkin pallets.

‘The point I’m making.’ I labour.
‘Is you’re old-fashioned and prejudiced.’ Interjects T, with a sly wink towards S.
Am I? God, I might have to check the HR file to see if I need to file a self-disclosure report.
‘Just don’t wear a short-sleeve shirt,’ I snap, as morbidly obese mortgage man M waddles in.
‘Or people will tell you they want to go large.’
There’s an awkward silence.

‘Look, I could cut off a mullet, ditch the suit with the turn-up trousers and shave a mistaken moustache. But you’re stuck with a this way up arrow on your arse forever.’ I conclude.

And I thought hissing was confined to the pantomime.