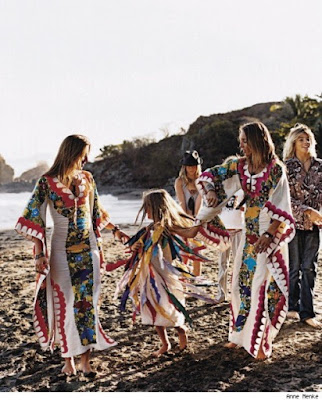 ‘You’ve got a late valuation this evening.’ Says negotiator S, with an apologetic smile. She knows I don’t like working after 6.00pm. I’ve invariably been at the office since 8.15am, and rarely stop for lunch.

‘I think she’s serious.’ Adds S, hurriedly. ‘Not a time-waster.’
‘They’re all time-wasters.’ Says assistant manager T, with a scowl. I look at him quizzically and wonder why he hasn’t taken the after hours appointment? He knows, and says.
‘Thought you’d be best placed to win the business, boss. She’s a bit of a weirdo.’ It just gets better.

‘They weren’t weird, just a little new age.’ Says S, defensively.
‘So there’s a husband?’ I say hopefully. Always a better chance of winning the instruction if both parties are present.
‘No, she’s on her own.’ Says S.
‘Err, you said, they.’ I press.
‘Yep, she had three kids with her.’ Answers S.
There must have been some male involvement, I think wearily. Even if it was just to provide a sample and buy the turkey baster.

‘That’s typical of a man.’ Snipes B, from her lettings’ desk.
I spread my hands, questioningly.
‘You just think a woman needs a man for everything.’
Traditionally it helps to create children. Although the world isn’t the same one I entered in the last century.

‘I just need to know if there’s a joint-owner involved.’ I say.
‘She looks like she’s done a spliff, or two.’ Says T chuckling.
‘God, you are so judgemental.’ Says S, angrily.
‘Told you, typical man,’ say B. ‘ The world would be a lot better without them.’ She’s obviously had anther long run of left-swipes, on her Tinder profile.

‘Well come on,’ says T. ‘The two boys with her both needed a good hair cut and the little girl had junior Dr Marten boots on.’
‘They were just exploring an alternative world and lifestyle.’ Says S, pouting attractively.
‘Not the real world then,’ I say. ‘ So how can they even afford the house they are thinking of selling. Has it got negative equity?’ I do a lot of fool’s errands but I prefer them to be in working hours, if I’m just being used for insurance purposes.

‘She inherited money from her parents and owns the house, actually.’ Answers S.
‘Reason for thinking of selling?’ I press.
‘They want to travel and self-school for a while.’

‘Hah.’ Bellows fat mortgage man M, who unbeknown to me has been listening from the sidelines. Not sure how I missed him, as he’s almost the size of a starter home, now.
‘Those sort of wastrels piss the inheritance up the wall, travel to Thailand to find themselves, then come back and kick up a stink because they can’t get to the top of the council house waiting list.’
‘You don’t know that.’ Snaps S. ‘You are just jealous, it would be educational for the little ones, travel broadens the mind.’
Don’t think M, needs to be any broader.
‘So don’t the kids have to start in school?’ Asks trainee F, with a frown. Not sure why he’s interested in educational attainment. His mother wasted tens of thousand on his schooling. But you can’t make a silk purse…. from ……a complete arse.

‘They are already screwed.’ Says T, mockingly. ‘The two oldest ones, the boys with the mullet hair cuts and highlights, have been at that oddballs school by the woods.’
‘Which one is that?’ Asks F.
‘The one named after a salad, or something.’
‘Caesar?’
‘Waldorf.’ Says S, with a shake of her head.

‘It’s alternative learning.’ I enlighten F. ‘Sometimes called Steiner schools, I think. Anyway they learn holistic stuff, encourage kids to use imagination and artistic skills.’ I’m on the edge of my knowledge here.
‘So they come out unemployable, with no real qualifications and a vegan habit.’ Sneers M.
‘And if you asked them to work in sales,’ says T giggling. ‘They’d cry the first time someone shafted them, need whale music, counselling and a bowl of quinoa, then prefer to weave something out of wicker than work the printer.’

It’s going to be a long night.