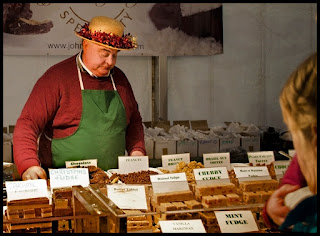 ‘Don’t get old will you.’ States the grey-haired man rhetorically as I sigh internally. If I’ve heard that statement once, from an elderly owner, I’ve heard it a thousand times. But you have to humour potential vendors if you want their business - particularly if you’d like to sign-up a sole agency before the complications of probate and bickering beneficiaries.

‘I just don’t know where the time has gone.’ Ruminates the old fella, as I glance at the overgrown garden and think; well you didn't spend it cutting the shrubbery back.

‘I sometimes forget how ancient I’ve become.’ Continues the man, eyes focused in the middle-distance. Yes, yes. Here we go.
‘And then I look in the mirror and hardly recognise the old fool looking back at me,’
That I can relate to, granddad.

Ageing and the housing needs of the baby boomers who are suddenly becoming unsteady on their feet, is a massive demographic ticking-time bomb. I don’t think over-priced, shrunken-square footage, sheltered homes are the answer. Particularly with onerous leases, unfair clauses for re-sales and spiralling service charges just when the owners are running out of funds.

‘The family keep telling me I can’t cope with this place.’ Continues the man waving his hand towards the overgrown garden. ‘But I've had the best times of my life here. I don’t want to go and live in a box that smells of cabbage, where old women play whist all afternoon with daytime television on at volumes even I can hear.’

I’m warming to this sparky pensioner, something I try to avoid. Liking your client is dangerous. Particularly if you are tempted to tell them to stay put and get a home help in three times a week - until you fall over on the nightly piss run, too often. I’ll always do my utmost to get a good result for a vendor, it’s a matter of professional pride, but becoming fond of them is a luxury I can’t afford.

‘I told you Patricia is in one of those ghastly care homes, didn’t I?’ Says the old man. ‘Only I’m becoming forgetful.’
He did and I don’t blame him for trying to forget it. His wife is apparently totally unaware when he visits, being kept alive for no real hope or reason, and it’s costing this poor old man £1500 a week.

‘Two years she’s been in there, young man, God alone knows what its cost me.’
£1444,000. And it’s the reason the family think he needs to downsize. If he’d been profligate and not bought his own house and had savings of less than about £23,000 the local taxpayer would be funding his wife’s care. Its a funny old world.

I pitch a price and my fee and he becomes sharper than before.
‘My son says I can get it done for just an up-front fee with one of those inter-web things.’ He means an on-line agent - or call-centre, as professional agents name them.
I start to counter this argument, with cautionary tales of impersonal, non-local service, dearth of industry knowledge and a lack of motivation to see the deal through, if you’ve been paid irrespective of result.

‘Oh you don’t need to tell me that.’ Says the man decisively. ‘ I’ve been around long enough to know you get what you pay for.’
Care homes, excluded, I think fleetingly.
‘I don’t want some kid in shorts dealing with my property.’
That’s the stuff, sir..
‘I want someone a bit long in the tooth - like yourself.’
Not so flattering….

‘What do you think about those sanitised boxes, with the pull cords and a communal lounge?’ Asks the man as my pen hovers, in his trembly hands, over the sole agency agreement. I hate them with a passion, they rip-off vulnerable old folk and are often worth less than the dead parents paid for them, when the grieving family come to sell.

I feel a bit sick as I leave. I’ve indulged in more fudge and had an unwelcome glimpse into my future.

Still, a sole agency and a For Sale board can’t be bad.