Better The Devil You Know - Tuesday 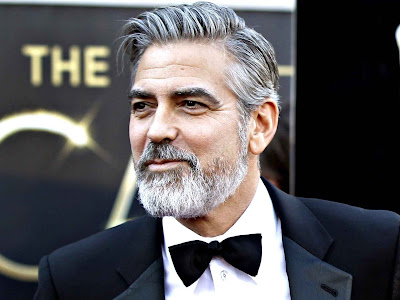 ‘Thought you might like to do a viewing later, boss.’ Says trainee F, with more artfulness than he usually employs.

I probably won’t enjoy it, as it happens. Despite what many think, the hard sell in estate agency is winning the property instruction in the first place. That’s where the competition is and the dark arts deployed. You can’t hard sell a viewing and subsequent purchase. And if you do, the potential buyer has eight weeks or more to change their mind, once lawyers, surveyors and lenders get involved.

‘And why did you think I might like to do that?’ I ask F.
He looks uncertain.
‘Tell him.’ Urges assistant manager T, with a mischievous grin.
‘Well… you know you say match staff to similar people for appointments.’ Says F, hesitantly.
‘Don’t worry it’s not a pair of poofters.’ Interjects mortgage man M, unpleasantly.
‘God you’re such a neanderthal throwback.’ Says negotiator S, scowling at M and tossing her hair back, distractingly.

I’m deflected from F, as I now need to point out to everyone that legislation, rightly, insists we don’t discriminate against people on race, religious, disability or sexuality grounds. Rather stuffy lecture delivered, I pause.

‘Yeh, yeh.’ Says M stalking back to his office and his copy of The Daily Mail. ‘But it doesn’t mean I have to like them, or those weirdos who want everyone to use the same toilets just because they can’t decide if it’s a dick between their legs, or not.’

Quite a lot of work to do on M. I wonder if I should apply to send him on that minority awareness course I went on? He probably could do with sitting in a circle of chairs empathising within a gender-neutral environment and sticking yellow post-it notes up whenever he thinks of a situation when his dated pre-dispositions and ingrained masculine prejudices, come to mind. He’d paper a whole, f***ing wall.

‘So why me?’ I continue, looking at F.
‘Similar age profile.’ Answers F.
‘Similar grey hair.’ Interjects B from her lettings’ desk.
‘Similar dress sense.’ Says S, with a laugh.
‘And similarly grumpy.’ Says T, completing my character assassination.

As I walk up to the cheaply converted, once proud, Victorian house, I can see what they meant. The man I’m meeting looks like a tubbier version of me. Cheap crumpled suit, badly-knotted tie, wrinkled forehead and hair that I like to think of as, the stately silver fox look, but on this guy just looks like surrender.

‘You the estate agent?’ Asks the man warily. Yep, the man with a set of keys, a clipboard and a base model company car. You’ve got me, Sherlock. I eventually answer in the affirmative.

‘I was expecting someone younger.’ The man says flatly. Yes, and I was expecting someone looking a bit more like George Clooney, bucko.
‘No offence.’ He continues. Plenty taken. ‘Only most of your lot are barely out of puberty, kids and shitesters most of them.’ He pauses and looks at my car. ‘And with flashier motors.’
‘God this is grim.’ Remarks the man, when we’ve both wheezed our way to the top floor penthouse. I make a mental note to change the description to attic flat, even before we start ducking to avoid the sloping roofline.

‘Why does everywhere smell of cabbage?’ He asks as we take a cursory look round the grotty studio flat, dodging stale takeaway cartons and trying not to make eye contact with the ladies’ underwear on the radiators.

‘I can’t live in somewhere like this.’ States the man wearily, over the monotonous drip of a leaking kitchen tap.
Should have thought of that before you shagged you secretary, I say internally. This guy is on the wrong end of divorce proceeding and the wife will be getting the family house. He better hope the younger woman likes three flights of stairs, dodging prams and bikes on poorly lit landings and listening to other people having more sex than she’ll be getting, through paper-thin walls.

‘Good day?’ Ask my wife, when I finally get home smelling stale and disappointed.

‘Love you.’ I tell her,  causing a momentary frown.

I can’t be doing with starting again.