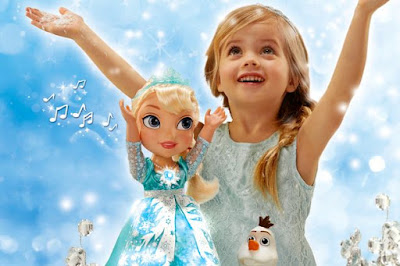 ‘Got another matrimonial valuation for you.’ Says negotiator S with a rueful shrug.
It’s that time of year again. Along with short-lived diets and gym memberships, couples decide it’s about time they ditched their partner along with the pies.

‘Are they serious?’ I ask flatly. Quite often these things settle down after the enforced togetherness of extended Christmas and New year breaks. Couples go back to routines of work and childcare and decide to muddle on, as the annoying habits of their other half are mitigated by time apart.

‘Well they weren’t talking to each other when they came in.’ Says S with a grimace. ‘They communicated through me.
‘Terrific.’ I mumble. ‘Children?’
‘Two.’ Answers S.
It just gets better.

No matter how many times separating couples tell themselves it will be beneficial for the children, that they’ll have quality time alternate weekends, that it’s for the offsprings’ welfare. It isn’t. Trust me I know. It’s the selfishness of adults, pure and simple. The kids would walk through fire and broken glass to avoid a broken home. Saturday sessions in the cinema and a not very happy meal at McDonalds are no replacement for the security of your own room and your own parents.

‘Are you sure they don’t want a formal valuation for court purposes?’ I probe. Often the estate agent is just a stooge giving a free valuation that will be waved in court as the couple argue over who gets what and who has to pay what. If that’s the case they’ll have to pay for a surveyor to carry out a formal appraisal, in writing, one that can be used by the lawyers. If they have no intention of selling I have no intention of wasting my time.

‘I did press them. Individually, obviously as they weren’t communicating directly.’ Says S. ‘But they are adamant they’ll be selling and splitting the proceeds.’
Maybe not once I’ve given them a reality check, I think ruefully, and almost certainly not once the lawyers get involved. Matrimonial solicitors at law LLP- misery and prolonged conflict our speciality…

‘How soon can you have it on the market?’ Presses the woman as I catch sight of a frightened face peering around the lounge door. A little boy with fear and confusion in his eyes looks at me like a startled rabbit and I’m sent tumbling back forty years.

‘Tell her we don’t know how much it will fetch yet.’ Says the man, via me. He has a point. They paid over the odds for this dark flat, the lease isn’t all it could be, the management company are a bunch of shitesters and there’s a rumoured hole in the sinking fund - and one in the flat roof.

‘We’re selling no matter what. Tell him that.’ Instructs the woman. I’m pretty sure he heard. Suddenly as I prepare myself to give them the bad news, I see another smaller figure in the door frame. A cherubic little girl is clutching her brother’s hand and a small Princess whatever-her-name-is doll, from Disney’s Frozen. It’s frostier here.

For f**ks sake just talk to each other and work it out, I want to scream. It’s a whole lot lonelier and chillier out on your own, particularly as you’ll need to find about twenty grand to pay off the mortgage company’s shortfall. This is a waste of time. They should have called a counsellor. I hit them with the price.

The small boy laughs and his sister puts a hand to her mouth.
‘Umm, mummy said a bad word.’ Says the boy gleefully.

‘We’re not giving it away.’ Sing the pair in unison.

I like to think I’m doing my bit for society.