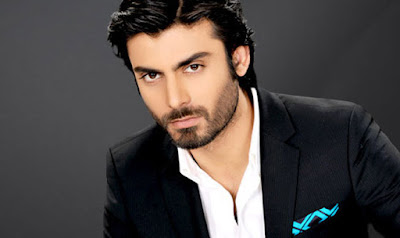 ‘Here comes the tosser you can’t abide.’ Warns assistant manager T, glancing out the office window.
‘You’re going to need to narrow it down a bit.’ Chips in loose lettings lush B, with a chuckle.
‘Funny.’ I tell her, with a scowl, but she is probably closer to the truth than I’d like. Several decades of dealing with people’s property problems and my milk of human kindness is more curdled than bottles on a dead pensioner’s doorstep.

‘Who is it?’ I hiss at T. I can’t walk to the window without being exposed - and people still won’t let me forget that time I absent-mindedly adjusted my trousers while changing bulbs on the illuminated display.

‘That slimeball of a speculator.’ Answers T.
‘Yuck, I hate him.’ Says negotiator S with a shiver. She’s a pretty good judge of character - most of the time.
‘Well he won’t be wanting to talk to me.’ Predicts B. ‘He’s lets all his grotty homes in multiple occupation himself, too much of a cheapskate to use a proper agent.’
Everyone looks at B in unison.
‘What?’ She demands, but it’s too late, the office door is opening and a chancer oilier than a leak at an olive factory, slides in.

I dislike speculators with a passion. They prey on distressed sellers and corruptible estate agents. Hoping to buy a property below the market value then sell it on with minimal cosmetic improvement, at a huge mark-up. They are not adverse to offering the infamous “brown envelope” to crooked agents - cash in hand for favourable access to a property to the exclusion of other competitors. It’s illegal and one of the few principles I’ve refused to compromise over the years. I act for the vendor, they pay my fee and I never forget it.

‘Alright guys.’ Calls the thirty-something man, dressed in expensive designer jeans and a t-shirt that probably cost more than my suit. I can now see his personalised number plate Range Rover, bumped up on the kerb across the road. There’s never a traffic warden around when you need one - get caught up on a difficult telephone call when you’ve rushed in to collect a set of keys though, and they appear like flies round a turd.

‘You got anything for me?’ Continues the Armani-clad vulture. ‘Repossessions, deceased estates anyone desperate to sell?’
I pride myself on getting the best possible price for any owner that entrusts their home to me, so by definition, flogging their property to a speculator wanting an immediate mark-up isn’t fulfilling my part of the contract.

‘Nothing.’ I tell the man bluntly. ‘Not with an earn in it.’
‘Oh come on.’ he wheedles. ‘You lot never find me anything.’
There’s a reason for that, I think spikily. I may have compromised on some of my youthful principles - the endowment selling scandal wasn’t my finest hour - but I have never knowingly undersold a client’s home.

‘Nothing that would suit you at the moment.’ I tell him, my body language about as unfriendly as it can be, but this guy has a hide like a rhinoceros. Don’t say it, I think as I see the words forming. If I wanted to be insulted I’d just video the sales charts at the monthly manager’s meeting and play it back endlessly…

‘I’ll make it worth your while.’ He spouts, with a salacious grin. He said it.
‘Give you any re-sales,’ he adds, then looking across at B. ‘Or the chance to find me some tenants.’
B smiles back in a sickly fashion. ‘No scumbag social security spongers though,’ continues the man as I see S’s hackles, and breasts rising. ‘They are nothing but trouble.’

‘Well done.’ Praises S as I watch the speculator jog across the road and drive away, as seconds later that hated traffic warden wanders round the corner. Typical.
‘You told him where to get off.’ Continues S with a smile that could melt glaciers faster than global warming.
‘He’ll be back.’ Predicts T. ‘People like that are impervious. He’ll do anything for a quick profit.’

True. But my pride is intact - until the next sales meeting anyway.