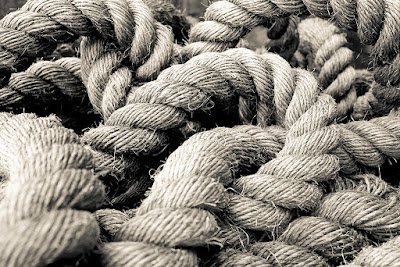 ‘F**k me.’ Exclaims assistant manger T in an expletive that echoes round the, fortunately, empty office.
I nod towards the swear box and he spreads his arms in annoyance.
‘It’s the rules.’ I tell him pompously.
‘Since when did anyone play by the rules?’ Demands T.
‘He’s right,’ says negotiator S. ‘That bunch of shitesters who opened three months ago are still touting all our sole agencies, and their lying letters never have a fee disclaimer.’

She has a point, two very prominent ones as it happens, but the fact that there is no entry requirement to start an estate agency, and no minimum standard of education or compulsory qualification to start practising as a property purveyor, is something I’ve failed to change in more that two decades.

‘You lot don’t have any rules, do you?’ Questions fat finance man M, with a jowly chuckle. ‘At least we are licensed and regulated.’
‘Only because you mis-sold so many crap insurance policies.’ Says T with an angry growl.
‘You all took the commission.’ Bats back M, with uncomfortable accuracy.
Once you are on to solid foods, nobody is completely innocent…

‘What is it you’ve seen?’ I ask T, returning to his original exclamation. I don’t need any more divisions in the office, and an argument about the merits of having an in-house mortgage and insurance advisor - and the escalating targets that come with them - isn’t going to improve our clunky camaraderie. With our masters wanting us to serve both seller and buyer, we already have more conflicts of interests than a crooked politician.

T points at the meagre pages of the local free paper he has spread before him, old school style, on his desk. Time was the shrunken publication ran to five times more print than the current emaciated model. The publisher used to regularly stuff us on incremental advertising rates with their near monopoly, but since the on-line advertising portals became king I no longer take the sales representative’s calls. Someone else has a hold of my balls, now.

‘See here,’ continues T jabbing an inky finger at the copy. ‘They’ve finally released prices on those retirement flats they’ve been building on the old school house site.’
‘How much?’ Asks S.
‘Have a guess.’ Suggests T.
This won’t end happily, I think as S calls out her first number and T laughs scornfully in her face.

The site in question sold to a well-known retirement home developer some eighteen months ago. A pretty detached Edwardian family home sat on the generous plot, within zimmer frame shuffling distance of the shops and doctor’s surgery. It was never going to house a family again. After a lengthy planning battle, several architect’s revisions and a rumoured large brown envelope for a planning officer, permission was granted for a big box to house twenty reduced floorspace flats for the wealthy but not healthy.

‘Higher.’ Goads T, as S raises her suggested starting price for the one bed ground floor, looking on to the road, base price unit.
‘You’re having a laugh.’ Says S with disgust. ‘They’re ripping off vulnerable people.’
‘They’ve made their money.’ Counters trainee F, eyes blazing. ‘How are people my age ever going to afford our own place? Let them get mugged.’

He doesn’t mean literally - at least I hope not. But I do question the wisdom of elderly folk who try to downsize to something more manageable in their dotage. They often end up paying way over the odds for a tiny unit with the illusion of safety provided by a cheap video entry phone and emergency pull-cords routed to a remote call centre. They don’t even have a 24hr, on-site manager, as they used to when the concept started. By the time the ambulance arrives, rigour-mortis has often set in.

‘More.’ Cries T gleefully as S raises her suggested price with obvious incredulity.
The figure is already laughable. My advice would to be wait until a few owners have died, then buy second hand. Beneficiaries are always keen for the cash.

‘That’s taking the piss.’ Says S when she finally reaches the unlikely number.