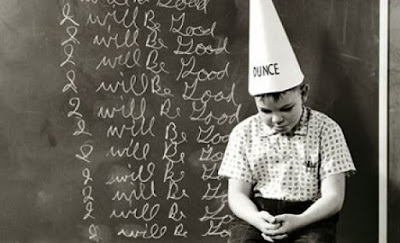 ‘You alright?’ I ask trainee F, as he walks across the office looking morose. It’s a specific enquiry, generally he’s not alright. After all, if your mother has paid for an expensive private education she has some expectation her son shouldn’t end up struggling in a much-denigrated job, that requires zero qualifications but a whole lot of common sense. Sadly several years of being abused by sixth formers behind the bike sheds, and harangued by sadistic teachers in the classroom, gave him neither.

‘Not really.’ Answers F, with that puppy dog look. As Human Resources take a dim view of stuffing superfluous staff in a bag and taking them to the canal, I decide to mentor instead.

‘Cough.’ I tell him and his eyes fill with fear again, he starts to clear his throat and I immediately regret not being half-way to the litter-strewn waterway.
‘I mean, tell me what’s the matter.’ I instruct the dullard, hastily. For a moment I think he’s going to cry. I hate it when staff do that. They need to man up, it’s a tough business. I do my silent sobbing - after a bad week - when everyone has left the office, so as not to take my disappointment home.

‘Why do people hate us so much?’ F eventually asks softly.
‘Have you got a pen and paper?’ I ask sarcastically, only to see him start towards the stationery cupboard. God, if I come round again I’m going to pay more attention at school. I stop F from embarrassing himself further and sit him down in my office with a cup of tea and the remaining biscuits I’ve hidden from M, our gluttonous mortgage man.

F has been verbally abused by a vendor after bringing them the bad news that their buyer is looking to reduce the agreed price on their home sale, following a critical survey. The buyer in turn has shouted at hapless F when he told them, as instructed, that they could go and whistle for a £10,000 price chop on the back of an out of town surveyor, with little local knowledge, scaring them in to thinking a few thermal movement cracks and a bullish sale price meant they should renege on their agreement.

This is all standard fare for the UK housing market, although conveyancing rules in Scotland leave less leeway for backing out of agreed transactions. But even north of the border, the system is as flawed as cubic zirconium at a cheap jewellers. Delays and misunderstanding contribute to sales falling through, exacerbated by dilatory lawyers, incompetent local authorities, centralised lenders with little understanding of process and in this case, surveyors petrified of their own shadow and scared of being sued under their professional indemnity insurance.

‘It can be sorted.’ I tell F gently and I ask him to get hold of the buyers’ survey report, if he can. The surveyor won’t like it but as the buyers paid for it, tough luck. Patient, non-confrontational negotiation, and an understanding of the transaction means I’m confident I can keep F’s sale together. He just needs to watch and maybe, learn.

‘How did you manage that?’ Asks F in wonderment, after an afternoon of fractious phone calls, compromise and counter-compromise ends in re-negotiated sale letters being issued to both buyer and seller and their respective legal representatives. A local builder is going to reassure the buyers about the non-structural cracking and I’ve managed to get our vendors a reduction on their purchase from a seller keen not to lose their sale and start all over again, putting their move abroad back several months, at least. You won’t get that from an on-line agent, come call-centre.

‘They still don’t like us though, do they?’ Quizzes F.
‘Of course not.’ I tell him. ‘It’s a confrontational and emotive business moving house. Everybody needs a whipping boy.’
F looks at me, alarmed.
‘Not like at your school.’ I reassure him. ‘Metaphorically.’
He nods blankly, so I wave my tannin-stained mug at him. ‘Cup of tea, please?’
‘Sure boss.’ Answers F, face lighting up.

Have a great Independence Day American readers.
Posted by secret agent at 7:20 PM