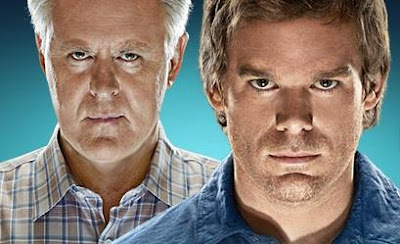 ‘The creeper came in while you were out.’ Says negotiator S, as I return to the office. I seem to miss all the fun while on appointments, but I’d hate to be shackled to the desk nine hours a day like some call centre drone - or on-line estate agent, as they want to be called.

‘Which oddball are you referring to?’ I ask S, dumping my briefcase and scanning the message book for problems.
‘He has a point.’ Says assistant manager T. ‘There are plenty to choose from.’ And as he speaks trainee F returns from the gents’ toilets with that vacant possession look on his face again. ‘See what I mean.’ Continues T, with a nod towards the idiot savant.

‘What?’ Questions F, head on one side.
‘They think you’re a creeper.’ Says lettings’ lush B, unhelpfully.
‘I didn’t say that.’ Announces S, hurriedly. ‘I meant that weirdo from the flats off the high street.’
‘The creepy one?’ Questions F, to groans of despair.

‘What did he want this time?’ I ask S.
‘One of us tied to his bed wearing his late mother’s dress, probably.’ Says T unpleasantly.
‘Don’t say that.’ Cries S. ‘He gives me nightmares as it is.’
‘I’m just saying.’ Defends T petulantly. ‘I bet there’s nothing good going on behind his door of an evening.’

We get to see some curious things, having access to the public’s homes with just a key and an inquisitive nature. It’s why I’m loathe to let F do too many viewings after the missing underwear controversy. I’m fairly sure it wasn’t him and the woman just misplaced some of her laundry, but you can’t be too careful.

‘Do you remember that repossession with a drawer full of girly mags for amputee fetishists?’ Asks T, with a smirk.
‘Oh, for goodness sake.’ Snaps S. ‘You made that up.’
Please don’t say it, I think. Looking at T firmly, but fat mortgage man M, beats him to it.
‘Don’t worry, he can’t prove it. Hasn’t got a leg to stand on…..’

Reprimand for inappropriate behaviour in the office issued and a quick check on the Human Resources handbook to ensure I don’t need to fill out some sort of incident report, and we’re back to the creeper.

‘He said you can value his flat again if you want to.’ Continues S, with a grimace. I’ve visited at least three times over the years and there’s no way he’ll move without the help of an undertaker. The stale-smelling home has curtains perpetually drawn and his late mother’s clothes hanging in the wardrobe.

People don’t exactly put estate agents at the top of their most popular profession list, but I still remember a female negotiator who was kidnapped two decades ago, from a firm I worked for. And the infamous case of Suzy Lamplaugh the agent who disappeared without trace in 1986 after an appointment with a Mr Kipper, who didn’t exist.

‘We follow company protocol to the letter.’ I remind everyone citing the failsafe checks for outside appointments, particularly for our female staff.
‘If you do visit him you can borrow my pepper spray.’ Offers B.
‘And her handcuffs.’ Says T with a chortle.
‘The creeper probably has his own.’ Suggests S, with a visible shiver.

I decline the offer of a visit, with brush-off phone call. The creeper seems disappointed.

I just hope he hasn’t spent out on a body bag and wet wipes.