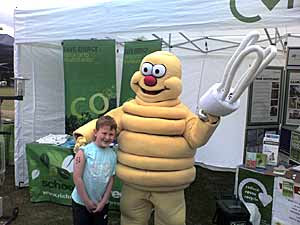 ‘More f***ing regulations to discourage my landlords.’ Exclaims loose lettings lush B vehemently.
‘What this time?’ Asks assistant manager T, wth barely disguised boredom.
You should know, I think spikily, but I pause just in case…

‘They are ruling tenants can insist property is brought to a higher energy rating if it’s an F or G band.’ Answers B moodily.
‘What’s that again?’ Enquires trainee F, as I shake my head in disbelief. I’ve explained the European regulation - that insists all homes have an Energy Performance Certificate issued, telling prospective buyers or tenants how energy efficient their new home is likely to be - more than once.

‘It’s a load of bollocks. No one cares.’ Says T.
‘Exactly.’ Agrees B. ‘As if they haven’t tried to discourage landlords enough by levying extra stamp duty levy when they buy multiple homes.’
‘It’s meant to stop first time buyers becoming locked out of the market.’ Says negotiator S sharply.

I don’t need an ideological argument in the office again, particularly as my loyalties are torn and I swing more wildly than a weather vane in a hurricane. The latest piece of Government meddling in the property market is probably meant to help, but invariably the law of unintended consequences comes, with ill-thought through legislation.

‘What about my landlords?’ Argues B. ‘Half of them are only in the buy-to-let market because some leftie chancellor stole their pension pot, then pissed off to work as a consultant in the city.’
’Not that one.’ I correct her.
‘You know what I mean.’ Counters B, with a snarl. I do actually.

‘When was the last time anyone actually gave a toss about a home’s energy rating?’ Asks T, in my direction. Well of course they don’t. People buy homes with their heart, not their head - fortunately. It means an experienced campaigner can push physiological buttons no drone in an on-line call-centre outfit, ever could.

‘That lady last weekend was interested in energy efficiency.’ Says S, a little weakly.
‘She was a weirdo and a complete time-waster.’ Counters T.
‘Tree-huggers can’t afford homes anyway, so I don’t see why you are bothering.’ Contributes fat mortgage man M, not exactly helpfully.
‘You’re a big arse.’ Responds S.
Not grammatically correct, but as is often the case, I’m with her.

‘The point,’ continues T. ‘Is it’s just a load more paperwork that nobody needs. If you fall in love with a thatched cob cottage you don’t give a flying fig if it has a G energy rating. You just want beams and an Inglenook.’

‘But the certificate will tell you how inefficient the insulation is.’ Says S, a little unconvincingly.
‘They don’t give a shit.’ Snaps T. ‘They just whack the wood burner up and incinerate a few more trees.’

‘What do you think?’ Asks S, in my direction. Terrific. Now I’m going to upset someone, whatever I say. Fortunately I spot a timely intervention, coming across the road towards the office.
‘You should ask this man.’ I say pointing towards the dull-as-ditchwater Energy Performance Certificate issuer, coming our way.
‘Oh not that twat.’ Says T dismissively. ‘I’ve had more interesting conversations with my mother’s goldfish.’

T has a point. The man could bore for England. But then that’s what you get when head office, and the bean counter boss in particular, eschew good local practitioners for corporate agreements with the lowest cost provider willing to give a secret profit kickback, on their fee. Strictly speaking it’s illegal under the Estate Agents’ Act 1979 - unless declared to the client - but then the bean counter isn’t an estate agent. And anyone can be one. No study or qualifications required. I still wonder why I bothered….

‘I’ll email my report to you within twenty-four hours.’ Says the EPC man flatly, as he leaves the office with a set of keys for an empty home we have just listed. He needs to keep to the rigid service standards agreed corporately. But the truth is, nobody cares.

I’d tell the boss, but he likes to remain insulated from the truth.

For more home truths, download the ebooks. Links on the right big spenders...
Posted by secret agent at 8:52 PM