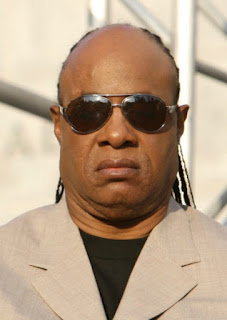 ‘For Jesus Christ’s sake.’ Exclaims assistant manager T, as he stares at his computer screen.
I’m hoping his exclamation is business related and not that nobody has swiped right on his Tinder profile.

‘What is it?’ I ask, wondering if his angsty mention of a saviour might have crossed some religious offence legislation I’m not up to date with. I’m pretty sure you can say what you like about Christians though…

‘Some nob-head has just released a press statement predicting house prices will rise 20% in the next four years.’ Answers T, shaking his head in disbelief. ‘How unhelpful is that?

It’s not that constructive. Every greedy vendor who has yet to sell will want to put their price up, and panicky buyers will offer in haste then withdraw at leisure once the surveyor, or another contradictory press release, makes them think again.

‘Will they really go up that much?’ Asks trainee F glumly. ‘I don’t think I’ll ever be able to afford to buy my own home.’
You’ll need a successful career and a good employer’s reference, I think uncharitably. Both of which are unlikely.

‘These idiots in the press will publish anything just for a cheap headline.’ Contributes negotiator S.
‘Not exactly cheap at 20%, is it?’ Says T. ‘Now we’ll get every nut job under the sun acting on some badly researched survey, where half a dozen wasters hanging round shopping centres in the daytime, were happy to speak to a cretin with a clipboard.’

I’d have been proud of that line. I hope T isn’t thinking of starting a Blog.
But he’s right. It seems some papers - no names it’s my style - have property story myopia. They can’t see past the next incendiary headline predicting more chaos in an already fragile market. And successive Governments with revolving door housing ministers haven’t exactly helped the problem. It’s supply, demand and the cost of money. Not rocket science  guys - or I wouldn’t understand it.

‘The only good thing about idiotic statements like that.’ Says mortgage man M, joining the conversation. ‘Is people will actually hate journalists more than us.’
‘Do you mean estate agents or financial advisors?’ I ask, before I can stop myself.
M gives me a jowly frown.
‘We’re all in the same boat you know.’ He responds gruffly.
If we are, it’s going to sink faster then Syrians on a surfboard, with you as cargo, fat boy.

The first phone call comes in before lunch. A truculent vendor who has been grumbling from day one of marketing and conveniently forgets they ignored my advice on asking price and have a house that smells like a stray dog’s kennel. If I see another pampered pongy pooch sleeping on a human’s bed, I’ll never stop itching.

I gently explain, the survey, if you could grace it with that title, is an ill-researched, inflammatory piece aimed at selling copy and generating debate on the paper’s crappy comment section. Some number-cruncher will be checking hits the drivel had generated and calculating pay-per-click revenue against the sidebar of shame stories about C-list celebrities with their underwear showing.

‘Yes but you would say that wouldn’t you.’ Persists the man. ‘You just want a quick sale and your commission.’ You’ve been on the market for four months, I want to scream. Surely someone with a penchant for paying over the odds and the aroma of damp dog would have surfaced by now, unless they can’t wriggle out of their straitjacket.

‘We think you’re bringing round the wrong type of buyer.’ Continues the man, hitting his stride.
Yep, those picky punters with cash to spend are no good to you pal. You want Stevie Wonder with a head cold.

‘Are you allowed to take it off the market, without the owner telling you to?’ Queries F, once the fractious phone call ends.

I don’t often do it. But sometimes you need to cut you losses and move on.

It's less about the cost of money and more the supply of money. You want prices to fall? Campaign to #endHTB