Tea And No Sympathy - Thursday 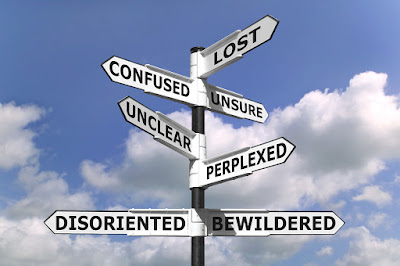 The phone rings and I look straight to the main office - my door is always open. Negotiator S is already on a call and nobody else is in sight.

I lunge for my handset. Three rings is the optimum, any less and you appear desperate, any more and people start to think they’re ringing an on-line agent - or call centre as we like to name them.

I trill out the corporate greeting, it’s cheesy but at least it’s consistent and gives an air of efficiency. My professional veneer soon strips away though, as I hear idiot savant trainee F’s, nasally whine.

‘Oh, I didn’t expect to hear you.’ Begins F hesitantly.
The choices for arsenic-laced sarcasm are endless but I remember he’s on a string of viewings and might be with a buyer.

‘How can I help?’ I ask pleasantly. That obviously throws the fool.
‘Err, you’re not going to like this.’ Replies F, as my goodwill vanishes faster than biscuits at a Weight Watchers’ end of term party.

‘What is it?’ I say curtly, realising he’s not with punters, or one of our vendors.
‘I’m a bit lost.’
I realised that months ago, but like a hopelessly over-committed gambling addict I need to keep playing. I’ve invested so much so far and training up new staff is….well… a bit of a lottery.

‘Where are you.’ I demand. I know where he should be, he’s got the keys and two sets of property particulars. I checked before he left the office.
‘That’s just it.’ Says F. ‘I don’t know. My sat nav has dropped out.’

‘Wow that sounded angry.’ Says S once I’ve ended my barked directions to the house, where a cash buyer with a deadline might still be waiting for  a jerk in a badly-fitted jacket.
‘He’s lost.’ I tell S curtly. Teeth grinding again. The dentist will be rubbing her latex-gloved hands with glee. I’m pretty sure I’ve paid for a small Polish village to be rebuilt over the last few years.

‘How can he be lost?’ Asks S. She’s trying to remain neutral and doesn’t want to bury her colleague, but I’ve already dug a metaphorical hole that will be challenging Melbourne soon.
‘His sat nav isn’t working.’ I say, as what feels like a lump of amalgam crunches to the back of my throat. Terrific.

‘Hasn’t he got…’ Begins S.
‘A map?’ I interject caustically. ‘ No, it appears those are for old fools with a fear of the future.’
‘I’m fearing for his future.’ Says S, with a disarming smile.
God, she’s good. I’m going to hate it when she gets pregnant.

‘The point of difference between us and some numpties behind a website and a multitiered switchboard in Mumbai, is we should know our area intimately.’ I rant towards S. She just keeps smiling coyly and I can feel myself faltering.

‘If we haven’t got a personal service, with local knowledge and experience we have nothing.’ I tell her, running out of anger as she just smiles back knowingly. If I could bear to lose her, they should drop her into the latest world conflict zone, she’d soon have them all bonding and drinking green tea.

‘Rant over?’ She finally asks gently.
‘For now.’ I answer as gruffly as I can manage. I can feel myself smiling and it’s not a good look with the state of my teeth.
‘Cuppa?’
Yes, she’s good.

‘You’re not going to bollock him when he gets back, are you?’ Asks S, as I sip on the brew.
I try and raise a scowl.
‘Because I know you’re a softy at heart.’ She says grinning.

Away - using a map - for two weeks. Any Stateside realtors who spot a Brit looking in their window, say hello. It might be me.