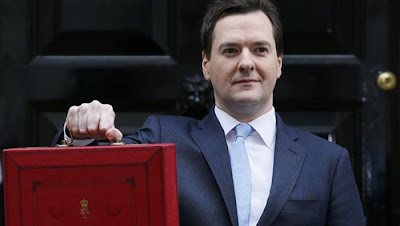 ‘So basically the Chancellor is trying to shaft grannies.’ Pronounces assistant manager T, with an image I’d rather not have.

‘I saw a website about that.’ Say trainee F, not exactly helpfully.
‘You are disgusting.’ Snaps negotiator S, eyes blazing. F looks crestfallen, then adds quietly.
‘It was about taxes on property…’

S looks embarrassed, her flushed cheeks quite fetching, as I think about how inept legislators can screw up the housing market with ill-thought out, clunky attempts to control market forces, yet not come up with a coherent construction policy for the last three decades.

The latest law with unintended consequences, is a hurried amendment to stamp duty, the iniquitous tax that penalises people for moving home. In a clumsy attempt to stop disgruntled pension holders - who were screwed over by another chancellor’s raid on their retirement funds - from buying second homes to let, for some meagre income in their dotage.

No doubt the puffed-up pontificators in Parliament thought it a great vote-winner to add a 3% levy for second home buyers, on top of the already punitive taxes for changing your home. Now they are hauling small fry in to the tax net; like separated couples with a home, each starting a new relationship, and two generation families trying to secure a property with a granny annexe, to avoid the £40,000 a year charges to put your aged parent in to a rest home. Meanwhile the big fish have off-shore tax avoidance schemes.

That won’t help us sell Mr and Mrs Hall’s home.’ Says S, trying to move on from her assumption that all males spend their spare time looking at dodgy websites. Most of them are blocked on our system, anyway…

S is referring to a pricey mistake, made by the aforementioned Halls, when they bought a sprawling home with separate annexe to accommodate Mr Hall’s ageing mother, last year. These moves need to be thought out in full - then probably discarded - as in my experience, using Mum’s money to buy a property you couldn’t normally aspire to, without actually waiting for her to die, often ends in tears.

‘The family aren’t going to like the fact the place will be harder to sell now.’ Suggests T. As we all nod in agreement, or at least I think we do. F tends to nod randomly anyway, the soundtrack in his head is something I’d rather not listen to.

Mrs Hall wanted to kill her mother-in-law after four weeks, then she did actually die there months later. The other beneficiaries, promptly fell out with their brother as their share of the inheritance was tied up in a sprawling house with, effectively, sitting tenants. An extra 3% on the price for prospective buyers isn’t exactly going to speed the process.

‘The thing with homes with a Granny Annexe,’ pontificates T. ‘Is when you haven’t got any on your books you get a stream of people wanting one. Then when you do get instructed to sell one, nobody is interested.’
‘Even less, if they have to pay a stupid tax on top.’ Adds S.

Nobody said the property market was easy. Too many people, restrictive planning controls and not enough homes being built, against a backdrop of Green Belt campaigners and not in my back yard complainers, who invariably, already have their own home and want to pull up the drawbridge. You’d think there would be a joined-up UK housing policy. You’d think…..

‘Surely they’ll have to change the rules.’ Says S, applying reason where none has been found to date.
Maybe they will, maybe they won’t. By the time you read this, perhaps common sense will have prevailed, but I wouldn’t bet your house on it.

“Oh for f**s sake.’ Exclaims T, later.
‘What now?’ I ask, as he slams his phone down angrily.
‘Another buy-to-let purchaser wants to pull out of a deal because the tax has changed.’ Answers T. I predicted this outcome when the meddling was announced. If only I could nail the lottery numbers with such accuracy. A few million and I’d be out of here.

They charge VAT on digital e-book downloads - but still cheaper than a Costa coffee, links on the right.
Posted by secret agent at 6:01 AM