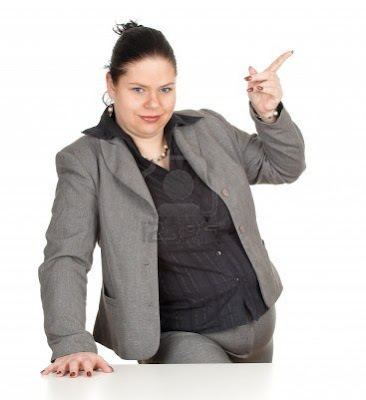 I’m on another unwanted course in another cheap hotel, staffed by eastern europeans who’d really rather be at home, from their body language.

As a man who started his career on a basic wage so low that the Job Centre wouldn’t carry the advert, I’m all for sensible salaries as not everyone can walk the commission tightrope. But you have to wonder if the guaranteed minimum wage isn’t dragging Svetlana and Bogdan away from perfectly good jobs at the Razgrad Ramada Inn - although maybe they don’t have a demand for shitty under-lit meeting rooms that require stewed coffee and stale custard creams…

‘This will be another colossal waste of time.’ Whispers my vertically-challenged, rival manager H, as he sits beside me and that unconventionally pretty woman from the city centre office goes and sits at the other end of the table. Damn the little squirt, I was hoping for some distraction from another poorly-delivered PowerPoint presentation.

‘You know what they say.’ I mutter through my amateur ventriloquist’s grimace, as a butch looking woman, in inadvisable trouser suit, enters the room clutching a clipboard.
‘What?’ Replies B.
‘You can’t teach an old dog new tricks.’ I croak back, trying to keep my teeth together and wondering just how the fat-arsed woman managed to leave the house without checking her appearance. I’m guessing no full-length mirrors.

‘You didn’t let me finish,’ says H hurriedly. ‘ I meant what the hell is that?’ And he nods towards our bulky guest speaker, about to bore us rigid on the Data Protection Act.

It’s not a chivalrous comment but then nobody at the sharp end of sales has much time for pen-pushing jobsworths who know the minutiae of every laxly-drafted piece of legislation, but couldn’t sell a lifebelt to a drowning man. At least not without  torturously advising him of the health and safety limitations of a non-kitemarked flotation device, as he slowly sinks for the final time.

Strange, how the UK property industry becomes progressively hog-tied by clunky laws that produce unintended consequences often detrimental to the intended beneficiaries, and yet is still one of the few countries in the world where an estate agent can practice without a licence, or any relevant qualifications.

‘We could do with some data protection from that fat backside, way too much information.’ Comments H, as the presenter sets up a projector, bending unfortunately in front of us and nearly blanking out 150 x150cms worth of matt-white, flame retardant/mildew resistant Bi-Office tripod screen.

‘Today I’m going to give you a refresher on the implications and implementation of the Data Protection Act 1998.’ Drones the woman as she indicates her dull first slide, now visible on the just erected screen. I can feel another little piece of my life ebbing away and for a moment I think the gurgling is an audible representation of it, until I see H had got the thermos style coffee pot and is pumping the black button to try and liberate some gravy-like cash and carry coffee. He’ll need it to stay awake.

I wouldn’t mind, but I still don’t quite get how the Data Protection Act and the secrecy required, dovetails with the equally ponderous Freedom of Information Act. Who am I kidding? It doesn’t.
‘Here we go.’ Says H sourly, as a slide listing DataProtection principles pops onto the screen.
‘A raft of extra paperwork to do and special status for ever minority and freak show member under the sun.’
And I thought I was the jaundiced one. Still H has a point. We are already unpaid border control and tax evasion monitors. You begin to wonder just what these not very civil servants actually do?

Three hours later and the stale sandwiches arrive and the dull woman with the oversized arse cheeks comes towards me. I never attract the pretty ones.

‘How are you finding it?’ She asks me, grabbing the last two egg and cress sandwiches.
Hard to miss, I feel like saying, particularly as I had my eye on the final food offerings. But of course I do what everyone will do with the Data Protection requirements. Lie and prevaricate.

How long is the training period for estate agents? F must have been a trainee for almost 10 years now?

You must be the only estate agent in the country with absolutely zero staff turnover. Quite an achievement...