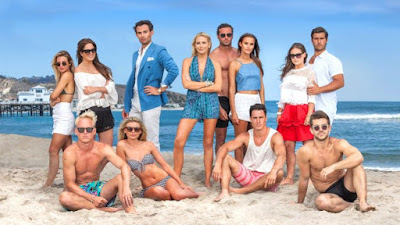 ‘Want to hear the latest rumour?’ Asks assistant manager T as I enter the office.

Not if it involves vapid celebrities, profiled in some journalistic-ability-free magazine airheads read at the hairdressers, I don’t. If I wanted to see overblown tits on a Caribbean beach, I’d rather it was me on holiday, taking a selfie.

‘Is it relevant to the business?’ I ask T flatly.
‘Of course.’ He fires back, with a hint of irritation. Well he did waste ten minutes, earlier today, discussing some C-list celebrity and her latest flesh-revealing turn on some ghastly fly-on-the-wall television programme. I’m all for diversity in scheduling but I do sometimes yearn for a simpler time, when everyone sat down to watch the Generation Game, even if I could never remember what tat was on the conveyer belt.

‘A new agent is supposed to be opening in town.’ Says T, with a half-concealed sneer.
‘Where abouts?’ Queries big mortgage man M, as he saunters across the office, floorboards creaking.

T reveals the location, a tertiary position at best, one where numerous retail mis-adventures have foundered on poorly written business plans, plus the mistaken believe that just because your friends buy overpriced pushchairs and you love babies, a shop selling kids’ clothing will survive.

‘They’d need a change of use from A1 to A2 planning status.’ I tell T. He looks at me blankly, designer frames catching the light. I’ve urged him to sit some Estate Agency exams, to learn about the legal, financial and construction process but he hasn’t seen the point up to now. And to be truthful, who can blame him when nobody feels it necessary? After all, whoever the new agent in town is won’t need qualifications either.

‘It’s a terrible position. ‘ I tell the team, having informed them a planning notice, for change of use, will have to be posted outside the empty unit in question. Nobody has spotted if there’s one up already, so I guess it will be up to be to swing by and check on my next outside appointment. They’ll miss me when I’m gone. Probably….

‘I’ve heard it might be some sort of hybrid set-up.’ Continues T earnestly. ‘Part on-line estate agent, part traditional.’
‘Fat chance.’ I snap back, just as M waddles back from the kitchen. No, of course he hasn’t made anyone else a drink, he’s a financial consultant. A morbidly obese one.

‘Why so?’ Questions negotiators S earnestly.
‘Because you can’t practice estate agency like a call centre.’ I tell her frostily. She should know my views on this by now. I studied and struggled with my industry exams and even now, after several decades, I come across problems and situations my knowledge is tested by.

Property is a complicated business, and if you retain me as your agent you are buying my skill-set, both negotiating and professional. The problem is, you only realise the quality of agent you have after the buying event. Once you’ve instructed them to sell your home.

‘You don’t think on-line agents will ever catch on then?’ Asks trainee F, mouth slightly ajar.
He could work for one, I think uncharitably, that way nobody need see his face. But on reflection, F with all his faults, is already way better than any bucket shop outfit whose naive investors think selling homes only entails placing an on-line listing on the Internet. That’s the easy bit, the problems start after that.

‘On-line agents and cheap fee outfits have been the next big thing for the past fifteen years.’ I tell my team decisively. ‘And here we are, still conducting viewings, holding keys, re-negotiating sales after surveys and cajoling lazy lawyers.’

‘Problem is the public don’t see that.’ Counters T, accurately. ‘They think it’s money for old rope, one upload onto the portal and we get thousand of pounds.’
‘That’s why we need to stress the points of difference, ‘ I urge. ‘Let people know they get what they pay for and that they only pay when we get them a result.’
The conversation dries up.

Not sure anyone is listening.

The ebooks cost less than a cup of coffee, but people want everything for 'free' - just in case, the Amazon links are on the right....
Posted by secret agent at 6:36 AM

As a seller, if your willing to research the local market and put a small amount of effort into the sale yourself, online estate agents can work great. I sold my last property hassle free using this method for 10% of the cost of a local Estate Agent. And before you tell me it's a false economy, I'm certain a local agent would have struggled to get a better price for the place. They may have wanted to advertise it at an inflated price, but that's a different matter.