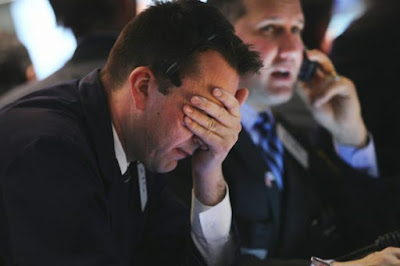 ‘I’ve booked you a valuation this afternoon.’ Announces S when I return to the office. You’ve got to love her - only of course I can’t. Not without an expensive divorce, loss of house, job and love and respect of everyone I love. I’ve seen what feckless fathers can do first hand, and I’m not about to repeat it, no matter what the geneticists say.

‘Not sure how serious they are though.’ Continues S. ‘They’ve been on the market for twelve months and we’ll be their third agent if they swap to us.’ I ask S where the property is and she tells me. I try to suppress a groan of despair, she’s doubtless worked hard to gain the appointment so a negative response isn’t going to endear me.

‘Do you know it?’ Asks assistant manager T languidly. Of course I f***ing know it, it’s my job to, I think angrily. And his too.

‘Its been on the market for over a year.’ I announce sniffily.
‘She told you that.’ Counters T petulantly.
So I list the other two agents who’ve been marketing the home at way too much money, and for good measure I tell T the price it started at, plus the two minor price reductions since. That’s the difference between an on-line agent - or glorified call-centre - and a local property expert. I know my patch as intimately as a nicotine addict trying to ditch cigarettes.

‘Have you primed them for some straight talking?’ I ask S.
S smiles wanly. ‘Well I’ve told them you’ll be frank, but they seem a bit sceptical about estate agents and honesty.’ She replies.
S has a point, yet another recent survey placed our industry near the murky bottom of the public perception for trust, we’ve hauled ourselves above politicians and journalists, but it’s still not great company.

‘They are probably another pair in cloud cuckoo land.’ Predicts T with a sneer. ‘A fiver says they’ll tell you, “we’re not giving it away,” when you hit them with a realistic price.’
‘He won’t take that bet.’ Predicts fat mortgage man M, joining the conversation. Damned straight I won’t. I’ve seen more hopelessly deluded dreamers than Asif, the lottery ticket salesman at the newsagent.

‘Do you know what it’s really worth?’ Presses S.
I do. Of course valuing a home is more of an art than a science, and you need to see a property to gauge, presentation, condition, orientation, grounds etc, but this isn’t a one-off property, that might be hard to price. It’s in a road of very similar homes and I have a wealth of data on comparable sales, ones that have gone through, not just wishful asking prices,

I tell T what I’m predicting and he whistles expansively.
‘Good luck with that.’ H says dismissively, turning back to his phone screen. If he’s on Tinder again I’ll be setting something incendiary under him.

The house is probably still a good £50,000 over-priced and I have a feeling the vendors won’t be that well disposed to a dose of reality. But then you have to kiss a lot of frogs in his business and I’m used to having a sour taste in my mouth.

‘So you see,’ explains the wife, when I’m sitting in their lounge later. ‘We need to get that price for our house as we’re moving to a more expensive area.’ My heart sinks faster than a skydiver with a faulty chute. The impact is going to hurt.

‘Unfortunately you can only command what the area will sustain.’ I explain gently. Their argument is a well worn and irrelevant one. Unless their home is so unique it will create a lot of interest and justify a guide price and competitive bidding - which it isn’t - they need to get real. Or start unpacking.

‘You lot just want a quick sale and a big commission.’ Sneers the husband. He hasn’t endeared himself to me by not turning off the television, so perversely I’m battling some inane presenter trying to convince fat and balding couples to buy something second hand in the sun. I cut to the chase.

‘How much?’ They shout in unison.

Apparently, they’re not giving it away….