Love Me Do - Wednesday 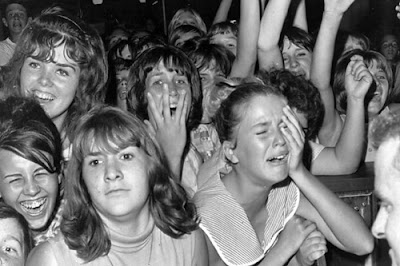 ‘I think you are going to like this one.’ I enthuse, as I pause by the front door of a penthouse flat I was delighted to be instructed to sell, only two weeks ago.

The husband looks at me with a half-concealed sneer. He clearly doesn’t like estate agents. He’s not alone. But then I half-sneered when I saw him pull up in his high-end German car, reeking of privilege and self-satisfaction. I’m just hoping I hid my contempt slightly better than he has.

‘Is this still available?’ Asks the man as his wife visually winces at his abruptness. ‘Only we’ve been mucked about by you lot enough, already.’

Now I’m really starting to dislike him. I try not to stereotype but it’s a weakness in all of us and the property industry doesn’t exactly get good press. I’m hoping to change minds - but not his. I still remember who pays the bill.

‘Yes, it’s available.’ I answer, as I open the door and hit the light switch for the hall. It’s the worst part of the flat and I need to make it seem bright and airy. ‘Although,’ I add. ‘I expect it to sell quickly.’
‘You would say that wouldn’t you?’ Snipes the man as he steps inside with his wife. I don’t mind, I won’t be selling to him. But then you rarely sell too the male - unless it’s a a gay couple.

I really took a liking to the owners of this top floor home -  a penthouse is always a bit of a stretch as a term, but when you are marketing it helps. They trusted and valued my opinion, left the keys with me as they are often out of town and didn’t quibble madly on the commission. In fact the wife said quite graciously, when given my suggested asking price: ‘Get us within £25,000 of that and we’ll be delighted.’ I love a challenge.

Bedrooms visited, I can already feel good vibes from the wife of the viewing pair. He’s more reserved, trying to remain aloof and disinterested for when the negotiations start, but she’s starting to visibly salivate. And I know they are in a good position, I’ve checked their status and they can proceed immediately, cash in the bank. I decide to try a trial close.

‘What would you do with the master bedroom?’ I ask her, seemingly innocently.
‘Oh nothing, I love the colour scheme as it is.’ She gushes back. Gotcha. Now it’s just down to how much, I think, the old excitement flooding back. It’s easy to forget how much of a buzz you can get from selling homes, with the day-to-day grind from suspect surveyors, lazy lawyers and barely competent banks. But it’s the best feeling ever - well almost….

I’ve left the two prime rooms until last. It’s a technique I prefer, build the interest then give them the reveal. A stunning recently re-fitted top-end kitchen and a panoramic view from the living room, with a full width glass-balustraded balcony. All facing the right way to catch the sunshine.

‘Oh my God. I love it.’ Cries the woman. I’m guessing she doesn’t get much more excited than this and judging by her sour-faced husband I can understand why. Still, he won’t be making the decision - just writing the cheque.

I’ve done my homework and I have the local knowledge and experience that no just-opened outfit, or some remote on-line call centre with more naive investors than homes to sell, can offer. The flat has a share in the freehold of the block, the management is in house and service charges are sensible. It’s the best you’ll get while leasehold - the second class tenure - still holds sway.

‘You’ve got us the full price?’ Exclaims the owner when I report in. ‘We’d have taken less.’
‘That’s what you are paying me for.’ I reply, a little smugly. We’re not all the same.

‘We’ll tell all our friends.’ The husband says, as he hangs up, audibly smiling.

Yes. Don’t keep it a secret.

Download the ebooks via links to Amazon, on the right of page. They're not a secret either.
Posted by secret agent at 7:02 AM