If You Took A Holiday - Monday 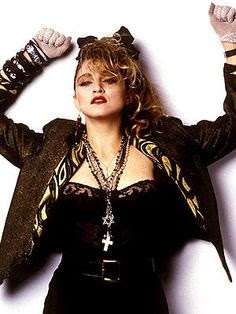 ‘You need to get up.’ Urges my wife’s voice through a sleepy fug. Now that causes some confusion to my jet-lagged brain, as I wonder what day it is and if the instruction is some encouragement for early morning action?

‘The Germans will have bagged all the sunbeds anyway.’ I tell her drowsily, once I’ve realised you only get pre-breakfasts sex, before the first wedding anniversary.

‘What are you talking about?’ Replies my wife curtly. And an unpleasant realisation hits me just as I realise there is no embryonic sunrise-warmth colour-washing the walls. Instead that inane couple from the local radio breakfast show are jabbering the usual nonsense, urging any loser with no life and a mobile phone to ring in and talk to them. Anyone.

‘We’re not on holiday any more are we?’ I state rhetorically, as I glance at the bedside clock and realise I’m late already and that it’s dark outside.
‘You can’t have forgotten the flight from hell.’ Says my wife nudging me in the direction of the en-suite, with one leg.

As I stand unsteadily and empty my bladder, something it proved hard to do on a plane journey where the sole aim of the cabin crew seemed to be to flog over-priced drinks and perfumes while blocking your route to the toilets, I realise it’s Monday. And I’m due back at work.

‘That week went too fast.’ I tell my wife, after a hasty shave where I managed to scrape off two days worth of sunbathing, then nick myself on the neck in a place where it will probably still be bleeding when my shirt collar needs to be buttoned.

‘Tell me about it.’ She says with a yawn, padding off in her dressing gown to put the kettle on. She could read the Blog, but doesn’t show much interest in truth.
‘Can I have some honey in my tea?’ I call, as I gaze in disinterest at the array of ties I’d rather not wear.
‘Diet starts today.’ Comes the reply in the negative.

That’s the problem with holidays and an all-inclusive package. You need a lot of self-restraint. I mean, if you want to dispel the convenient notion that your morbid obesity can somehow be blamed on genetics, just take a look at where the biffers head for once the breakfast buffet opens. It’s not the fresh fruit counter.

‘I’m exhausted before I start.’ I tell my wife over a soggy bowl of bran, with that opaque fully-skimmed milk I’ve avoided for the last seven days.
‘It didn’t help the holiday operators dumped us at the airport  three and a half hours before our flight.’ She reminds me.

If looks could kill, the airhead rep on the microphone, who gaily informed us as we trooped off the coach, that the queues would be extra long for check-in, would be getting gushy memorials on her Facebook page by now.

Quite apart from their woeful plumbing arrangements and a propensity to avoid paying taxes, you can see why the Greek economy is going down the pan. The charming service we enjoyed at the hotel evaporated faster than gob on a hotplate, once we entered the airport. Surly doesn’t even begin to cover it. Those grumpy security staff and sullen passport control people will empty your goodwill, faster than a Transylvanian hooker.

I’d been feeling quite upbeat after a week of limitless food and alcohol. With only one lapse, where I foolishly looked in a Greek realtor’s window. But four hours with a screaming kid two seats behind and an intransigent woman in front who kept trying to recline her seat, despite my knees being wedged so deep into the seat-back pocket I was nearly taking her up the arse with one patella, took its toll.

‘Try to have a good day.’ Urges my wife, as I do the customary peck on the doorstep. Then I’m passing the same faces in the traffic congestion again and suddenly I’m walking towards the office. Two  more fantasies dashed - it hasn’t burnt down and the window display hadn’t changed much either.

Think I’ll go to the travel agent at lunchtime.

Suppose some of this stuff is relevant :S