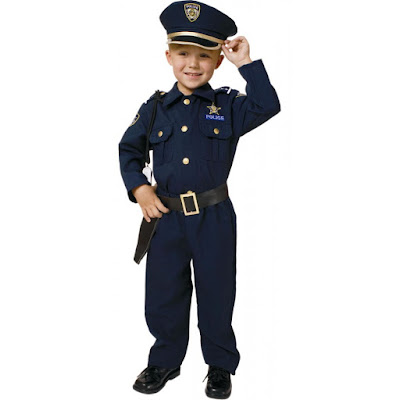 ‘Any luck?’ I ask fat finance man M, after a young couple leave his office. He still didn’t see them to the door, but unless you’re an impoverished French butcher, I still see no point in flogging a dead horse.

‘Not enough deposit saved yet.’ Bemoans M with a shake of his jowly jaws, before adding.’Makes you wish for the days when you could source a cheeky liar loan and tuck them up with an endowment policy.’

‘That’s disgraceful.’ Chides negotiator S with a pretty pout. I forget she’s so young she didn’t have to flog insurance policies, with dubious benefits to buyers, just to please corporate masters. It was about the time the line between the estate agent’s duty to the vendor became permanently blurred. I’ve worn glasses ever since.

‘You’ll follow them up though.’ I tell M pointedly. He won’t. The only time he shows any forward momentum is when there’s an unfinished packet of biscuits in the office kitchen.
‘They know where to find me.’ Counters M, heading for the aforementioned location.
Yep, and so do we.

‘Not sure I’ll ever be able to afford my own property and I spend all day selling them.’ Announces S sadly.
‘Bank of mum and dad is what you need.’ Says assistant manager T, referring to the one source of finance that will lend, without a raft of fact finding paperwork and a twenty-five year indenture.
‘Haven’t seen my dad for years.’ Answers S mournfully.
‘All the more reason to tap him up for a ten percent deposit.’ Says T jauntily. ‘Push the guilt trip buttons.’

S just shakes her head and looks achingly sad. And all these couples squabbling over the matrimonial home value, still convince themselves separation is in the children’s best interest and won’t harm them at all. It’s still harming me thirty-five years down the line.

‘Didn’t look old enough to buy anyway.’ Contributes B from her lettings’ desk. Didn’t stop her eying up the boyfriend though. I saw her. At least I was more discrete with the girlfriend.

‘You’ll buy eventually.’ I tell S with as much conviction as I can muster. It will probably take another property crash and I’m not sure I’m looking forward to my third one. But the market is cyclical - always has been.

‘Do you think prices will come down then?’ Queries S.
Hell yes. I have for some time, but then with a burgeoning influx of population fuelled by migrants, and pensioners who refuse to die at the appointed age, it may take a while yet. We could build a lot more homes of course, but planning restrictions, green belt policies and greedy landowners aren’t exactly helping things.

‘They can’t keep accelerating.’ I eventually tell S. She doesn’t look convinced.
‘More mug punters for me to let crappy converted flats to.’ Says B, unhelpfully. S scowls at her and so do I, but inwardly, B’s figures help pay my own rent and as an estate agent I don’t need extra enemies.

‘Is it just me,’ asks M, returning with a mug of coffee. ‘Or are buyers looking younger and younger?’ It’s the exact opposite actually, with the average age of a first time buyer being pushed towards middle age. I see countless overgrown children still squatting it their parents’ homes like cosy Cuckoos, but I know what M means.

‘It’s like when policemen start looking young enough to be your baby brother.’ Announces B all glassy-eyed.
‘They’re not real policemen if you just persuade them to dress up like that, for some sweets.’ Snipes S bitchily.
Ouch.

Before a cat fight breaks out - and rather disappointingly - the door opens and some pre-pubescent boy in an ill-fitting Next suit comes in and asks for the keys to a property we have on multi-agency, along with several of our competitors.

‘Who was that spunk bubble?’ Asks M slurping his drink loudly, after the young lad has left.
‘New trainee negotiator for that lot across the road.’ Answers S.
‘Didn’t look old enough to shave.’ Replies M.
‘I could show him something on my register.’ Says B ambiguously.

Prices have little to do with immigrants or green belt or whatever. It'a almost all about easly lending. HTB is a disgrace.