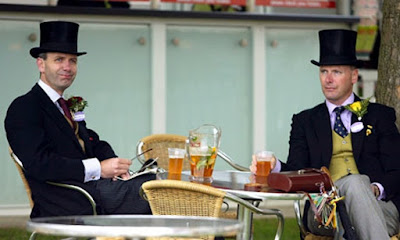 ‘We going to the pub tonight, boss?’ Asks trainee F. It’s as enthusiastic as he’s been all day, but then free drinks keep their allure a little longer than posting: we have buyers urgently looking in your area, leaflets through doors, endlessly.

‘Probably.’ I tell him, deliberately opaque. F frowns and looks at negotiator S - most people do - and she gives him a reassuring nod, as do her breasts. So we’ll be going then.

‘Any news on the survey for number twenty-four?’ I ask assistant manager T, in an attempt to try and make some progress before I have to start buying beers. T looks at me with barely disguised distain. ‘Nobody except estate agents will still be at work at this time of day.’ He says, tilting his head towards the clock. I look at the numerals in surprise, that’s what you get for studying the office P&L accounts doggedly, when you failed O-Level maths.

‘Time flies when you’re having fun.’ Says loose lettings lush B, sourly. She’s been battling with an angry landlord and two nightmare tenants who are due to be evicted, all afternoon. I can see why she’ll need a drink by closing time. It’s the several more gin and tonics and casual sex with a stranger she probably could do without. Probably.

‘Those wasters are threatening to go to the local papers, when they’re kicked out.’ Continues B, referring to the soon to be evicted pair. ‘God knows why the taxpayer has to fund their drugs and nicotine habit. I hope they get the shittiest bed and breakfast in town.’

‘It’s the kids I feel sorry for.’ Says S compassionately.
‘He should put something on the end of it.’ Snaps B, like a female Jeremy Kyle. The voice of experience, I think, trying not to grin. She’s avoided unwanted, or otherwise, pregnancy so far. Just as well, because I’m not sure I could ever fake another smile and enthusiastic response, if I’m told I’ll need to run an office with another staff member on maternity leave…

‘If you save and spend sensibly you just end up funding pissheads’ lifestyles.’ Grumble obese finance man M, as he waddles across the office.
‘Not sure anyone would underwrite accident sickness and redundancy policies for any of B’s housing benefit tenants.’ Says T with a wry laugh.
‘They’d need to have a job first, before they’d qualify for redundancy protection. Fat chance of that.’ Replies M with his enduring lack of self-awareness. Even then the policy wouldn’t pay out, I think.

‘They are all scum.’ Says B angrily.
‘They’re not all.’ Counters S. ‘They’ve just had a hard time of it.’
‘How hard is it to got to the cashpoint at midnight in your pyjamas, once your free money is in, then go to the all-night off-licence.’ Says M sarcastically.
‘I think you reap what you sow.’ Pronounces F obtusely. That stops the conversation in its tracks. God alone knows what goes on in that head of his.

‘Good week?’ Asks the opposition manager, when I finally lead my team into the pub, like some cut-price messiah. I still don’t know why the majority of estate agents share the same watering hole, something to do with posturing and false bravado. I puff up my metaphorical tail-feathers and lie enthusiastically.
‘Yeh, us too.’ He replies, visibly crestfallen. It’s a game, but I still like to win.
‘How did they do?’ Asks T, once I’ve bought the drinks and we’ve circled one table like a motley tribe of Red Indians. I look across at the opposition.
’How did they do, or how did they say they’ve done?’ I answer.
‘Good point.’ Concedes T.

As I buy the second round and wonder if I should go home before my tea is in the bin again, B’s mobile phone rings insistently. She glances at the caller display and grimaces. ‘Shit, it’s the lairy landlord.’
‘Don’t answer it.’ Suggest T.
‘You have to,’ counters S. ‘It might be about the tenants getting kicked out.’
‘Tell him they can sleep in our office doorway.’ Says M with a rumbustious chortle.

Just one more drink then.

Download free ebook - five days only - links on right. It's a gift.
Posted by secret agent at 7:16 AM