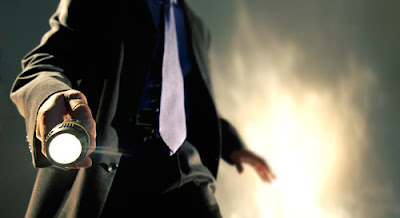 ‘This looks a right dump.’ Says assistant manager T gloomily, as we pull up outside a boarded-up mid-terrace house, in the less salubrious part of town.
‘They don’t exactly hoover the carpets before they go.’ I tell him sarcastically.
‘I’ve got no sympathy.’ Replies T. ‘If you don’t make the payments what do they expect? They’re not exactly Greece.’

I glance at the newly minted set of keys lying in the car’s coin tray. The house we’re about to enter is a voluntary repossession - not that the word voluntary ever seems appropriate when the lender snatches back someone’s home. The keys arrived in the post along with our instructions to market the house once two independent valuations have been carried out. Carried out by sports jacket wearing surveyors who live at home with their mothers and have to ask us what the house is worth, before they put their professional opinion in writing.

‘At least the locksmith has done the hard work.’ Speculates T, nodding towards the flaky paint front door, where a new brass lock barrel is shiny incongruously against the general neglect of the front elevation.
‘Did you remember the torch?’ I ask T, as I clamber out and feel my sciatic nerve ping like a racquet string popping.
‘Yup.’ Answers T nonchalantly.

The boarded windows are to keep squatters out but it’s a safe bet all the services will have been disconnected. We’ll be stumbling around in near darkness with God only knows what littering the floor. I should get danger money. Instead I get commission.

‘More keys than a jailor here.’ Says T, as he tries to open the door while I glance at the paperwork. It might be a digital age but those lenders still like lopping down rain forests.
‘Got it.’ Mumbles T as he frees the door and pushes inwards. A sickly waft of fetid air rises in our faces.
‘Food left in the fridge?’ Asks T, features creased in distaste.
‘That or another dead body.’

T fumbles for the torch switch, as he kicks away the junk mail piled high against the door sill. Nothing happens. Preparation! I want to scream, but according to my wife I’m more OCD than the mumbling man who pushes a shopping trolly round town, matching plastic bags arranged meticulously down each side. He probably used to be an estate agent….

‘Did you check the batteries were working?’ I demand tetchily.
‘They were last time.’ Counters T petulantly.
One more dead man in an empty home might not be noticed, I think fleetingly. Before heading back to the car to get my own torch from the glove box.

‘I though someone was supposed to have cleared this place.’ Says T disdainfully. The smell is getting stronger and we’ve not made the kitchen yet. Boxes of junk are piled against the walls and several black plastic bin liners are spilling content that would look at home on an Mumbai rubbish tip.

Then something suddenly moves in my peripheral vision.
‘Ayeee. What the f**k was that?’ ScreamsT, like a schoolgirl.
Heart pounding, I sweep the beam towards the abrupt movement, just in time to see a unfeasibly long curled tail skittering out the door.
‘Tell me that wasn’t a rat.’ Says T, designer glasses flashing in the half-light.
‘Well I don’t think they left their pet gerbil behind.’ I answer with a shiver. We’re going to need pest control again. I wonder if I can strike a deal and get them to terminate the cheap-fee agent that opened last year, at the same time?

‘Smell is definitely coming from the fridge.’ I tell T as he flings open the back door and some welcome light illuminates what is left of the kitchen. All the cabinets have been torn from the wall, leaving just two copper pipes with taps balancing on the end above where the sink used to be.

‘Why don’t they leave the white goods in the garden like the other chavs round here.’ Snipes T. Nodding towards the offending fridge. He’s yet to be made redundant. But he’ll learn.

Think it was once, a bag of prawns.

Sniff out a bargain with the ebooks - links on the right.
Posted by secret agent at 9:45 PM

Thank you for sharing these thoughts and musings, there is always room for improvement.