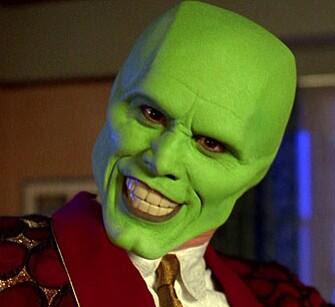 ‘Anyone want to go and collect a set of keys from that lot over the road?’ I ask, nodding towards one of our, less loved, competitors. Not that there’s a lot of love lost towards any rival outfit trying to take money out of your bank account. Unless that rumour of B, our looses lettings lush, shagging the assistant manager of the cut-price fee cowboys, after the last annual Estate Agents’ Dinner, is true…

‘Rather not.’ Says S, with a winning smile.
I look at T, my own assistant manager, who is so laid back he wouldn’t shag anyone - unless they did all the work.
‘Got a viewing in a minute.’ He says, unconvincingly. I could check the system to see if he’s lying, but I get enough conflict with those outside the office, without bringing it indoors.

I look hesitantly at F, our dozy trainee. He seems to gently chewing, in that bovine manner that indicates a lower form of intelligence. He can’t be chomping on gum again, because he’s on a final warning. F eventually feels the weight of my gaze.

‘What?’ He asks, looking up gormlessly. At least he’s confirmed there’s no chewing gum in his mouth. I look at him and, not for the first time, wonder what I was thinking of when I recruited him? Best of a bad lot, probably..

‘He was asking if you could collect a set of keys from those tossers across the road.’ Says S helpfully.
F looks out the window and focuses on a middle-aged couple about to cross to our side. His face creases up.
‘Never mind.’ I bark. ‘I’ll go.’

There’s an uneasy truce between estate agents at the best of times. It’s witnessed on Friday night’s, when traditionally most firms adjourn to the pub to disseminate sales and to bray as loudly as they can towards the opposition huddle, about what a great week they’ve had. There’s more bullshit flying around than a fight at a stud farm, but some of it sticks.

The gritted-teeth politeness tends to continue at business functions and the aforementioned annual Estate Agents’ Dinner, where several score of property pugilists wrap themselves in alcohol and diner jackets and try not to start fights until they’re in the car park.

The fragile truce is strained to Lebanon levels, when you enter a rival’s office to relive them of keys to a home they’ve failed to sell, prior to you taking up the marketing. You feel as uncomfortable as most men - apart from the crossdressers - do when they make their furtive annual trip to the M & S lingerie section each Christmas. ‘Well, she’s about you size actually, Miss….’

I can see them  watching me through the window even as I move to their side of the street. If looks could kill no amount of adherence to my old Green Cross Code would save me from a nasty accident. Pausing as long as I can, to scan their window display and to try not to fret further at the sight of two homes I tried to list, still on display and still 20% over-priced, I bustle through the door. False smile pasted on.

The manager looks at me as if a large unwanted turd has just popped back around the u-bend.
‘Alright?’ He says, more by way of a challenge than an enquiry into my wellbeing.
I can feel his staff looking at me, almost physically.  There can’t have been this much tension in the air since the last time the founder members of One Direction were together in one room.

‘I’m here for the keys to number twenty-three. Mr and Mrs Stephenson.’ I tell him flatly.
‘You’re welcome.’ Sneers the shitester in a suit, nodding towards a minion, who scuttles off to the key safe. ‘They are pair of wasters.’

Only because you misled them on price and spent the next twelve weeks trying to get them to reduce by £25,000, I think sourly. I obviously don’t say that. There’s a facade to be maintained, not to mention some expensive dentistry to be protected.

i agree with youu,,

There’s a facade to be maintained, not to mention some expensive dentistry to be protected.

Collection of interesting stories - now what about a REAL story ??? with changed names !!!!!

P.S. The hero should be called David

This really is my biggest pet hate, as I mentioned in a comment on another post, a lot of estate agents will tell the vendor their house is worth more than it is just to get the business, then it sits on the market for 12 months without a sniff! It's a joke and a disgrace, is it any wonder estate agents get a bad name!! Steve SPR Properties