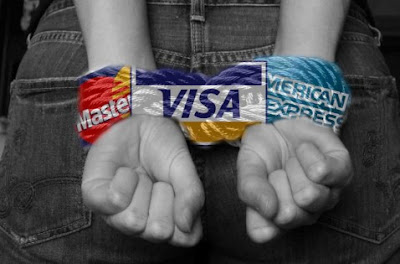 ‘What’s capped and collared?’ Asks trainee F earnestly, as I lurk at the back of the office and scan the appointments’ diary.

For a moment I think he’s been accessing those dodgy bondage websites on company time again, until I realise the filters are supposed to block any providers with adult content. There’s a work round, as there always is, but best not to publicise it.

‘What type of product?’ Presses F, rather annoyingly. And now I realise negotiator S has stopped tapping at her keyboard and is listening, along with assistant manager T. B, our loose lettings lady is fortunately still on the phone, arguing earnestly with some third party. It could be her latest boyfriend, it could be an angry landlord - it could be both.

‘Isn’t it when the lender guarantees the interest rate won’t go above a certain level?’ Says S. My hard drive whirrs in appreciation of her - not for the first time.
‘Yes that’s it,’ I say triumphantly. ‘That’s the cap bit.’
‘And the collar?’ Says F.
‘That’s for old dogs.’ Interjects T, nodding almost imperceptibly towards B, where she is spitting staccato insults down the phone like a premium rate provider at the specialist end of the spectrum.

‘The collar means the rate won’t drop below a certain level, even if the base rate falls.’
‘Why would you want that?’ States F.
‘Well you wouldn’t.’ I tell him tartly, wishing I’d stayed in my office and accessed the hidden private browsing function the IT kid, with acne, showed me.
‘It’s more for the lender’s benefit.’ Says T.
‘Seems everything is for the lender’s benefit.’ Replies F.
He’s slowly getting the hang of it - a few more repossession appointments and he’ll be there.

‘I’m glad I’m only a licensed introducer.’ Says B, breezily. ‘Not sure I’d want to try and flog loans and dodgy insurance products.’
‘Drive you mad trying to keep up with all the rules and regulations.’ Says T in agreement.
‘They have laptops and helplines.’ I say dismissively, looking towards M’s office. His head is down and his jaws are moving rhythmically, he’s either eating or that little IT squirt lied about only giving the filter by-pass code to me.

‘When you started you didn’t have to sell mortgages and insurance did you?’ Asks F.
He’s right. Estate agency was a much more gentile pursuit, with banks, building societies and insurance companies all knowing their place in the property move hierarchy. Once the bean counters moved in to protect their collective positions and to tap into estate agents’ client bases, the job took a turn for the worse. Plus, we had to open on Saturday afternoons….

‘You need to remember who pays your wages.’ Says M in a booming voice. He’s somehow slid out of his office quietly - quite an achievement without castors and heavy lifting gear - and has been listening to the conversation.

‘It’s a team effort.’ I say in a conciliatory tone. I spend my life placating people - angry owners, buyers, lawyers and lenders, so fobbing off a fat fiscal fiddler isn’t a big challenge.

‘Just make sure your lot hit their introducers targets.’ Grumps M before waddling away. He’s doesn’t quite get the fact that an us and them mentality doesn’t make for a harmonious sales environment, but then he struggles to differentiate between an open and closed question. Big arsehole.

“Ok, thank you.’ Says F, later, as I come in half way through his telephone conversation. He replaces the receiver and frowns almost audibly.
‘What?’ I ask him.
He hesitates.
‘Go on, I won’t bite.’ I might.

Not just a woman’s problem.

The ebooks can be yours for less than a coffee. No mortgage required. Links on right.
Posted by secret agent at 5:58 AM