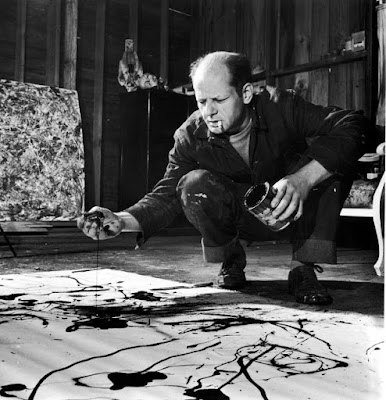 Sat outside another identikit Executive detached home built in a bland, non-regional, style by one of the National house builders, about fifteen years ago. The only thing I know for sure, apart from the fact that the architects responsible for these charisma-free homes, never actually live in one, is the asking price is too high.

Negotiator S saw the fifty-something couple in the office and managed to deflect their initially combative approach, and palpable dislike for estate agents, in to a valuation appointment for me. She’s good like that.

They may think I’ll miss it, but I can see the opposition estate agent’s sun-bleached for sale sign tucked down the side path, a path with the minimum width allowed before the next house was built slap bang against it. Land with planning permission was at a premium a decade and a half ago, just as it is now. They’re not making any more of it, and it’s the reason several local planning officers are rumoured to have - paid for in cash - holiday villas in Spain.

‘They wouldn’t say how much they’re on the market for.’ S had told me after she’d booked me the appointment. ‘But I’ll find out.’
‘It’ll be too much.’ I told her gracelessly.
It took her fifteen minutes and my thoughts were confirmed. Six months with the shitesters across the high street. £50,000 more than it was worth and a long, restrictive sole agency, finally finished. Got to love a challenge.

‘Come in.’ Says the husband flatly, a look of distain on his face. His wife hovers in the background but I’m pretty sure she’ll be more forthcoming when I tell her what the house is really worth. We’re not in Mayfair and I’m guessing a Russian Oligarch with state-plundered funds, isn’t going to be that impressed with the local schooling and transport links. There’s certainly not enough room in the garden for a helicopter pad and digging a basement would just turn up the old rubbish tip again….

Cursory tour of the accommodation and a glimpse at the garden, completed, I sit opposite them on the sofa. I have the floor-plans of these house types on file and unless they’ve diminished the saleability with some garish interior designer decor, I could tell them the price without leaving my office. The garden is north facing, which won’t help, but doubtless it “didn’t bother us” when they bought.

They say valuing property is more of an art than a science, and it’s true when it comes to unique, one-off homes but with the advent of Land Registry data and the transparency of prices paid, the arty bit isn’t quite as important as it was. Mostly Jackson Pollocks…

I’m fencing and pontificating and can feel they couple aren’t really taking in the comparable sales data I’m gently feeding them. Unless you’re on a riverboat cruise in Egypt, denial isn’t that attractive.

‘Yes, but ours is much nicer than those two down the road.’ Argues the wife. It isn’t and they’ve actually moved, lady. But at least she’s showing her true colours now.
‘It was more about that other bunch of useless idiots.’ Contributes the husband sourly. He’s referring to my competitors, whose board is down the side alley. They couldn’t mask the well-entrenched hole in the front garden though. If the for sale flag had been there any longer it would have sprouted leaves come the spring.

‘Yes, they completely duped us and they never kept us updated.’ Chirps the wife. ‘All they ever wanted us to do is reduce the price.’
Yes, that’s how they operate, I think dejectedly. Still no minimum standards in the industry - any low-life can lease a shop-unit and put a fascia up and don’t even start me on, so-called, on-line estate agents.

I’ve flogged more dead horses that a sadist in a knackers’ yard, but I’m beginning to feel this is another waste of time. These people want more than their home is worth and will only buy if someone undersells their own property. I decide to try just the £25,000 reduction.

‘We’re not giving it away.’ They chorus familiarly.

Virtually priceless works of art - otherwise known as the 'Agents Diary' ebooks - available to download in all formats. Links on right.
Posted by secret agent at 7:37 PM

Hahaha! They all say the same don't they! Theirs is better, they're not giving it away. I hear it every day - it's exhausting!!

Looking forward to your bleating BTLers complaining about the massive tax changes coming.

Add to fact most rergions haven't or hardly risen in 10 years. The CGT will make most BTLers bankrupt or marooned with loss making proeprties that they cannot sell as they will have insufficient equity to pay CGT.

Sadly as an estate agent this is the biggest obstacle we have on a daily basis, people also saying their house is worth more than what it is, then to make it worse, other estate agents tell them it's worth £25k more that what it is worth to get the business. The whole thing is a joke! Steve from SPR Properties

If prices haven't risen in 10 years (according to you), why will they be bankrupted by CGT?There is no capital gain. You can't have it both ways.