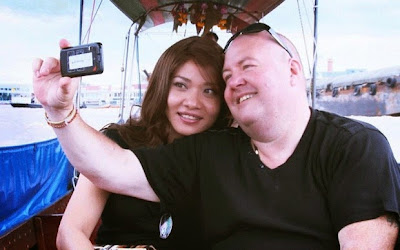 ‘Got a valuation for you this evening.’ Chirps negotiator S as I return to the office.
She should be pleased, these are the lifeblood of any estate agent. Without homes to sell you don’t survive, no matter what the market’s supposed to be doing. The only cloud on my immediate horizon, is the “evening” bit.

‘How late?’ I ask cautiously, not wanting to put a dampener on S’s success.
‘Only 6.30.’ She replies with a winning  smile.
Yes. I think, but it’ll be 7.30pm before I’m out of there even if they are complete nutters, and there will be a pretty angry wife waiting with some incinerated supper. Still it could be worse.

‘And he’s a bit creepy.’ Adds S sheepishly.
‘How creepy?’ I ask hurriedly. Estate agents have been abducted by homicidal people before and I don’t particularly want to be the first to be dismembered and served with those African beans and an Italian red.

‘Not chop you up creepy. I don’t think.’ says S reading my mind. Fortunately, she can’t do that all the time.
‘Just desperate and gullible creepy.’ Adds B, from her lettings’ desk, with a sneer.
Gullible I don’t mind, particularly when it comes to negotiating a sole agency fee, but desperate isn’t always good - unless he’s lost his job and has to sell…

I look at S for some further information but she clams up and looks embarrassed.
‘He’s one of those fat, bald, ugly middle-aged blokes with a young Thai wife in tow.’ Enlightens B with a knowing smirk.
‘I didn’t necessarily mean that.’ Counters S defensively. She probably did.

‘You know the type.’ Continues B, hitting her stride. ‘Can’t get a British woman, because they have a mind of their own and can be picky about sweaty creeps with body odour, so they abuse some third world girl with the offer of untold riches and an ex-council flat.’
Wow. B’s goods are more damaged in transit than I thought.

‘She seemed perfectly nice.’ Counters S, with an awkward look my way.
I have a horrible feeling I might have some forms to fill in to send to Human Resources, I’ve detected sexism, possible racism and fattism, at the very least.

‘They are all nice until they get their feet under the table.’ Says obese mortgage man M, entering the fray. He’ s still smarting several years after his wife left him for a man who could see his own penis without a mirror.

‘Keep on her good side.’ Suggests assistant manager T, to M. ‘You might find she’ll be keen to load him with big portions and a bigger life policy.’ M’s podgy face lights up. Since they rumbled endowments and PPI policies he’s been looking for the next big thing.

‘They are all on the make.’ Says B. ‘Before you know it the stupid sap will be sending money back to Thailand for some made up relatives.’
‘That’s just so wrong.’ Snaps S sparkily. She’s rather splendid when riled.
‘It’s just as well nobody knows what we say.’ Says T with a chuckle. ‘The public wouldn’t like to hear what we really think of them.’
Hmm. Fortunately my team don’t show much inclination for reading, blogs or books. At best I’d guess we have a couple of men’s magazine perusers, a buyer of fantasy mags from the geekier end of the sci-fi spectrum and a closet Mills and Boon fan.

‘You can mock me.’ Continues B. ‘But I know how men work.’ That’s beyond dispute.
‘And you are all suckers for pretty girls, even ones half your age.’
‘Bit of a sweeping statement.’ I say, trying to avoid looking at S.
‘Bollocks.’ Snaps B. ‘And everyone knows the sort of oddballs that get Thai wives off the internet  wouldn’t have a hope in hell of shagging a British girl.’
‘Apart from the fat ones who will bonk for biscuits.’ Says T, unhelpfully.

The awkward silence hangs in the air like a fart in lift.
‘What?’ Asks M eventually.
‘Nothing.’ I say, thinking of the forms again.
‘I’m not fat, I’m big-boned.’ Says M huffily.

Beauty is in the eye of the beholder.